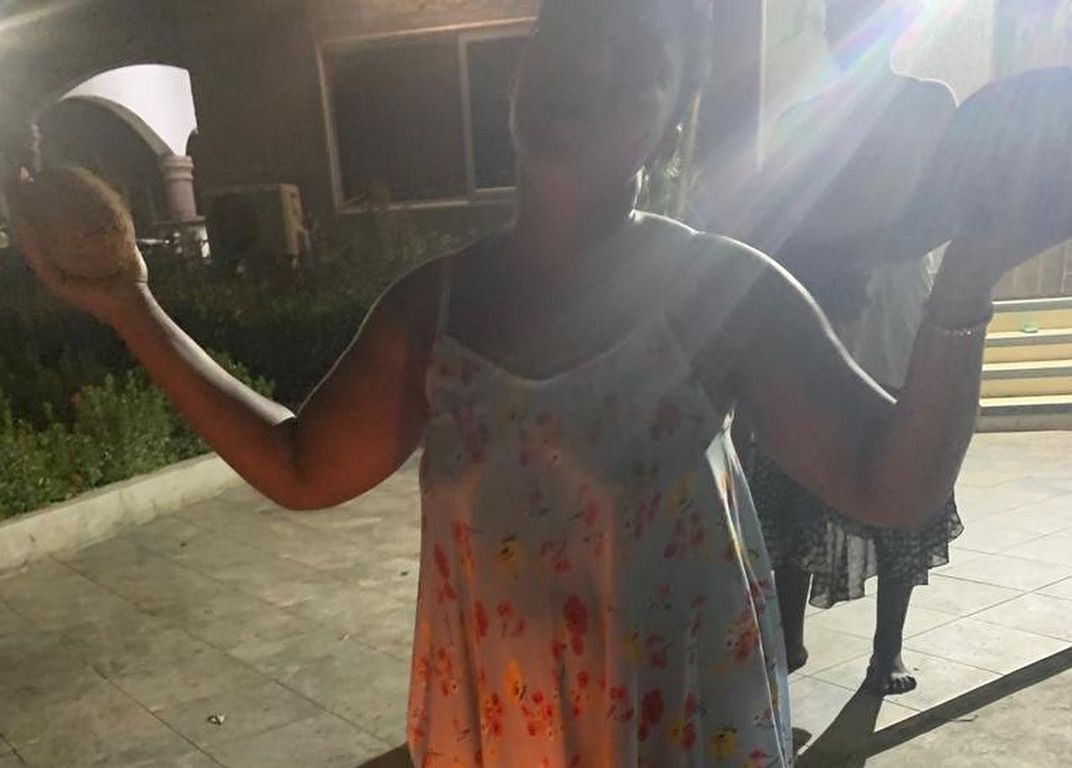 Ghanaian socialite, Abena Korkor Addo has been spotted at a place that looks like a prayer camp seeking the divine intervention of God amidst her current crisis.

The popular mental health advocate has been in the news for some days now following her decision to drop an updated list of the big men in the society who have allegedly ch0pped her just because she has bipolar disorder.

This updated list has gotten her into serious trouble because the current CEO of the National Lotteries Commission, Sammy Awuku, who was mentioned reported her to the CID Unit of the Ghana Police Service for actions to be taken against her.

Well, it appears that after she was interrogated by the CID, Abena Korkor has decided to leave her fight to God as she has been spotted in some fresh photos kneeling down in front of a small basin and candles as she prayed to God to come and see her through her current challenges.

She captioned the photos she shared online: ‘It is a SPIRITUAL WARFARE. Thank you, Great Man . Your support has been truly immense. I appreciate you for with me through it all. We all need a Great Man in our lives.’

Nicki and Cardi B Are S3xy When They Go Nak3d But...