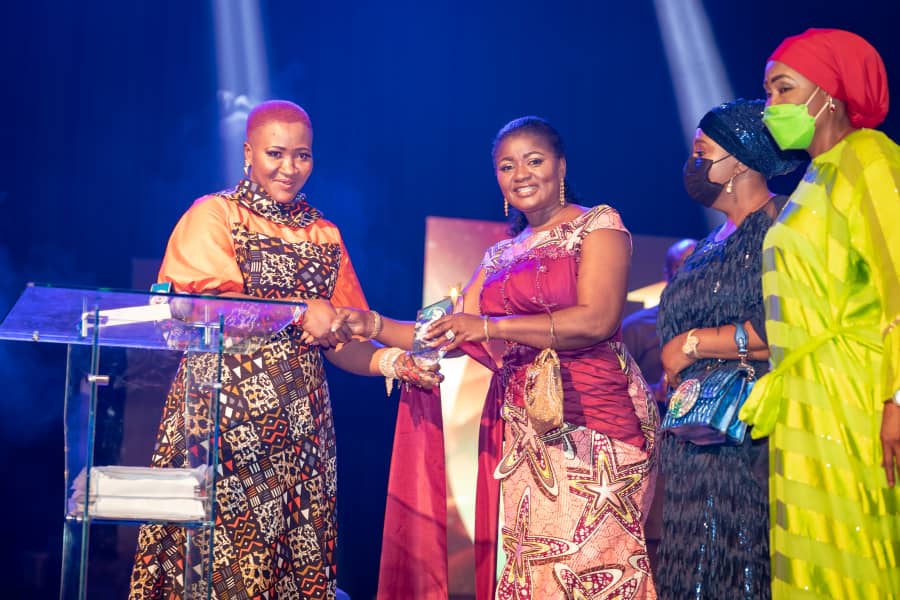 Ghanaian media personality, Abena Nyanta has been crowned as the ultimate winner at the 10th Foklex Media Awards.

For three fruitful seasons, “Obra Ne Woaa” sets have been lit not with production aesthetics, but life-changing convos from some of the greatest achievers, innovators, entrepreneurs and celebrities to ever do it in their fields of operations, giving hope to our despairs and flesh to our dreams by navigating us through their life-defining experiences and passing on useful tips to success.

“He that climbs a good tree deserves a push” this is why the lenses of FOKLEX MEDIA AWARDS, did not fail to notice the show “OBRA NE WOARA” now showing on GHOne TV, as it was nominated for the “DEVELOPMENT SHOW HOST OF THE YEAR 2020” and went on to win the category as well as the ultimate car prize as their fans and supporters voted massively for them.

Receiving the car, ABENA NYANTA thanked the sponsors of the program, the Production team, her noble guests as well as her loyal fans who voted massively for her to win and promised her viewers of a better show in the seasons ahead.

Share
Facebook
Twitter
Pinterest
WhatsApp
Previous articleRepented Nana Agradaa Announces Her New Name As An Evangelist
Next articleVIDEO: “Kwadwo Nkansah Lilwin Is Broke” – Nhyiraba Kojo Fires Back As He Reacts To Lilwin’s Suggestion That He Wanted To Use Him For ‘Rituals’
- Advertisement -