VIDEO: “Kwadwo Nkansah Lilwin Is Broke” – Nhyiraba Kojo Fires Back As He Reacts To Lilwin’s Suggestion That He Wanted To Use Him For ‘Rituals’ 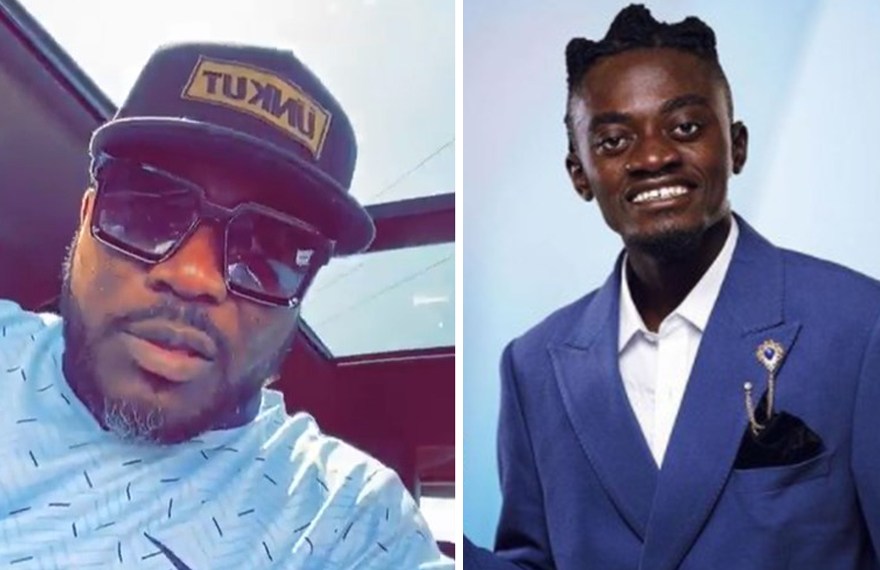 Nhyiraba Kojo made this assertion as he addresses concerns as to why he was so irritated that the Wezzy Empire boss failed to come to the birthday party he organized for him and react to Lilwin’s claims that he had some ulterior motives against him that day.

Speaking to MC Yaa Yeboah, he disclosed that he anger over Lilwin‘s failure to attend the birthday party he put together for him (something Lilwin requested) is because he expected that the latter would have stood by his word and be thereafter he spent a lot of money to put the party together and send him transportation money as well.

Nhyiraba Kojo also disclosed that the kind gesture he did for Kwadwo Nkansah Lilwin during the shoot of his TV series ‘Cocoa Season’ was another thing he thought could have made the actor look at and not disappoint him the manner he did.

He further disclosed that even though he did not take a penny for driving all the way from Accra to Kumasi to shoot the movie, he spent his own money feeding the cast and crew on the set for three whole days because he realized the food Lilwin was serving was very bad.

In the end, Nhyiraba Kojo insisted that Lilwin is very broke now and on top of it all, a very selfish human being who cares only about himself.