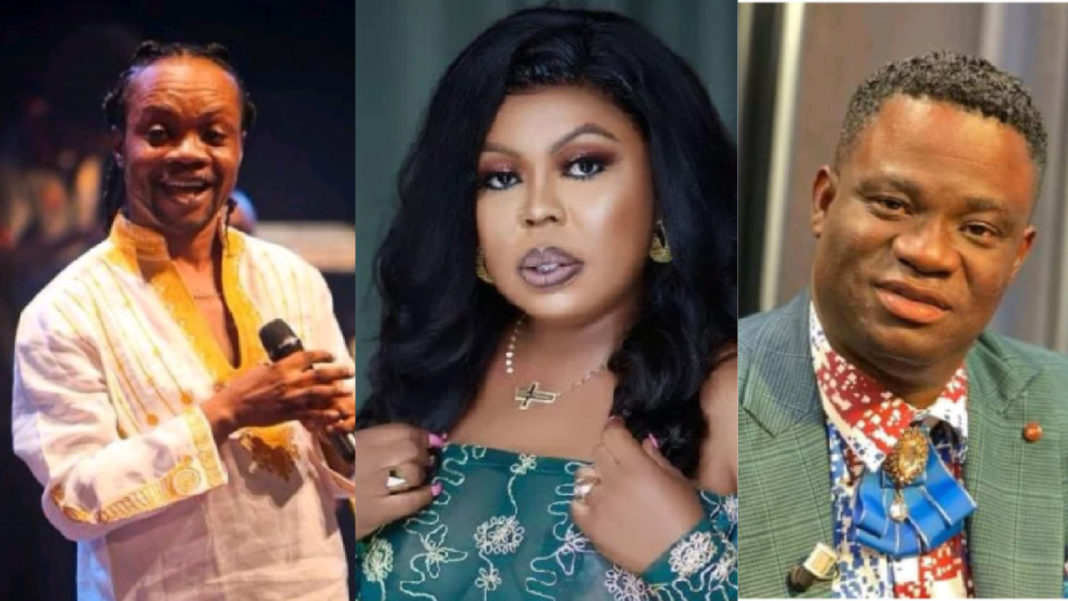 Since last week, Daddy Lumba and Great Ampong have been trending on social media after the gospel singer shared a snippet of his diss song for the highlife veteran.

The genesis of the beef was around December 23, 2022, when Daddy Lumba released a new song titled “Ofon Na Ɛdi Asɛm Fo”.

The release of the song caused a lot of frenzy on social media because of the lyrics and the perception that it was a response to some claims made by the CEO of Joy Industries, Dr. Manfred.

Well, in this new development, Great Ampong claims that the song is directed at him and renowned sound engineer, Roro.

During an interview he granted Nyansa Boakwa on Happy FM, the ‘Gyae Su’ hitmaker revealed that he got wind of this as far back as 2017/2018 when Daddy Lumba went to record the song.

Ampong disclosed that one of the team members of the owner of DL FM came to tell him as soon as he was done recording the song back then.

Last Saturday, the sound engineer who worked on this song, Buddy Roro, took to his social media platforms to drop a snippet to tease the fans.

In the video available on the internet, Roro is seen happily jamming to the unreleased song as the first hook playing in the background.

Amidst the brouhaha, Afia Schwar has commented on the issue and according to her, she was part of the MCs who managed the launch of the show which gave birth to the bad blood between Ampong and Daddy Lumba.

Commenting on a post on Zionfelix’s show, she officially commissioned the beef as the undisputed Queen of beefs.

Take a look at the screenshot below to know more…

Afia Schwarzenegger Finally Back on Radio As She Gets Signed By...