Alleged Identity Of The ‘Mystery Papa No’ Tracey Boakye Is About To Marry Finally Revealed? – Watch Video 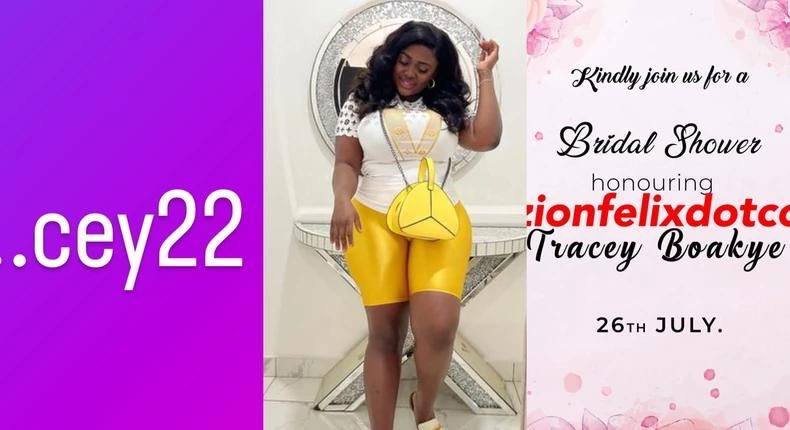 In the last few days, Tracey Boakye’s upcoming wedding has been one thing that many netizens have been speaking about a lot.

For many, this wedding will offer them the opportunity to finally see the man who has allegedly been sponsoring the opulent lifestyle of Tracey Boakye who is referred to by many as ‘Papa No’.

Well, in the wake of the discussions of the upcoming wedding after Tracey Boakye confirmed on her social media pages that a part of the name of the man who is about to wed her reads: ‘FRAN…’, many speculations have come up.

Per his analysis, Tracey Boakye is about to marry the Ghanaian actor, Frank Badu Ntiamoah who lives between Bremen/Hannover in Germany currently.

Frank Badu Ntiamoah is the brother of the popular movie producer in Germany known as Pepe.