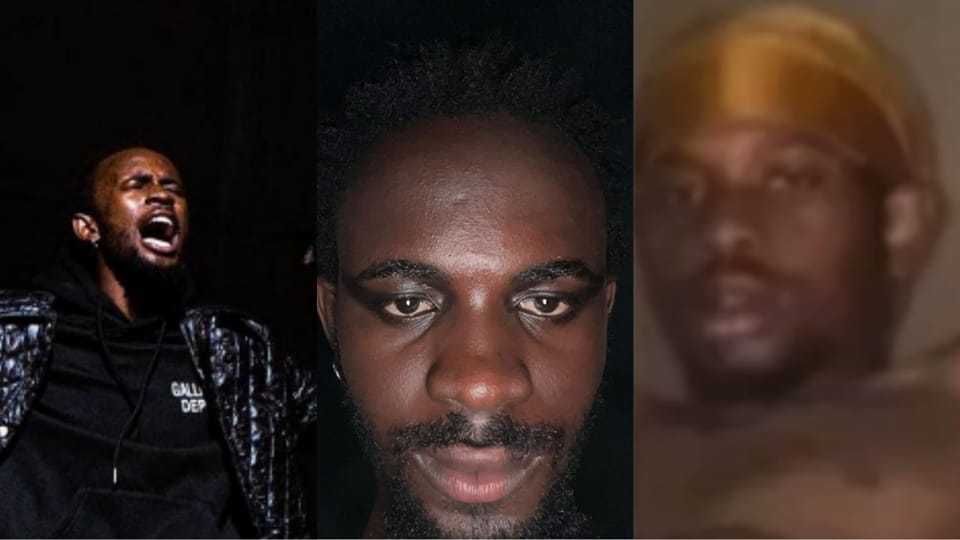 Social media, especially, Twitter, has been set on literal fire after a video alleged to be a sekz tape of the sensational Ghanaian musician, Black Sherif landed on social media.

Many netizens have been asking questions about whether or not the guy in the video is indeed Black Sherif aka Blacko as the resemblance is quite striking.

In the video, the young man who is alleged to be the 2022 Artist of the Year of the Ghana Music Awards UK was seen happily getting a bl0wj0b from the young lady who was in the video.

They capped the video with an interesting sekz moment before it finally ended.

In the wake of the numerous questions that have come up online about the identity of the guy in the video, zionfelix.net believe that the ‘Second Sermon’ hitmaker is not the one in the video because the guy is from all indication one of the lookalikes of the musician.

One thing that gives the guy purported to be Black Sherif out is the stud earrings he was wearing — something Black Sherif does not do.

Well, the video is all over social media so you can get it and watch it if you really want to because we cannot share it here because of our policy as a blog.

Anyway, it should be noted that Black Sherif has a concert in the UK scheduled for November 18, 2022.