‘Alpha Hour’ Lady Who Who Claims She Got Ghc14,000 From Dead Mother Through Momo Caught Lying In New Video – Watch 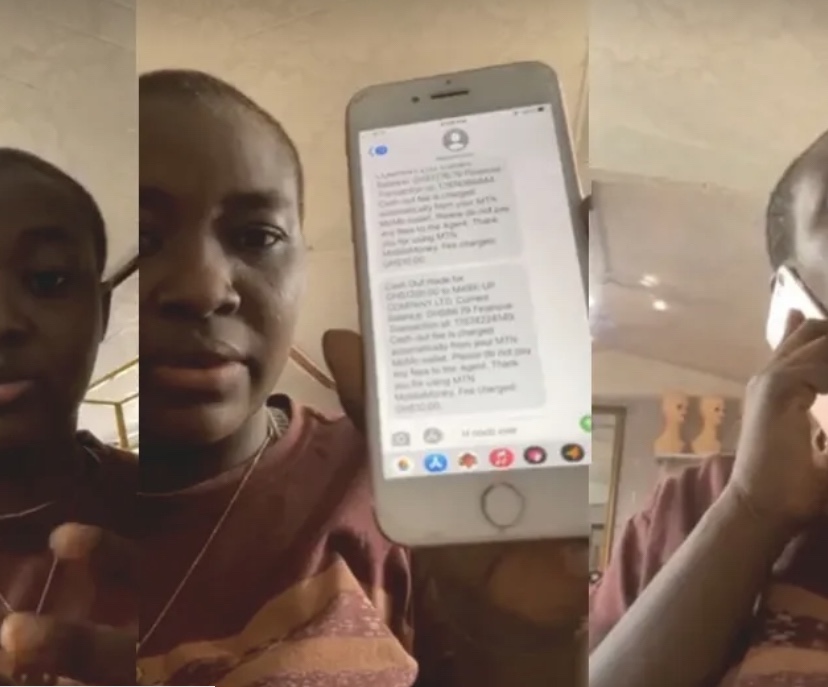 Quite recently, a Ghanaian woman who is called Naa Adoley Jeffanet revealed in a post on Facebook that the God of ‘Alpha Hour’ through her dead mother blessed her with some cool cash.

Naa in her Facebook post said that she was really going through some challenges but after joining Alpha Hour for the very first time and praying with them for some minutes, she magically got a little over Ghc14,000 on her Mobile Money wallet the next day.

While discussions about whether she lied about the whole issue or not continue on social media, a fresh video from a recent interview she granted Pluzz FM has surfaced online and is causing a lot of confusion.

In this video, Naa causes a lot of confusion with some contradictory remarks she makes.

READ ALSO: MzVee Discloses How She Feels About Not Being Married At The Age Of 30

In one breath, she claims she is not religious and does not go to church because does not believe in God ever since her mother died some years ago.

In the same interview, Naa comes back to say she believes in God but does not believe in the church system rather.

The video and the things Naa says in it ever since it surfaced online have caused many people to wonder if her earlier claims are true since she can’t keep one tongue on a particular issue.