Beverly Afaglo Reveals How She Lost A Movie Role (+Video) 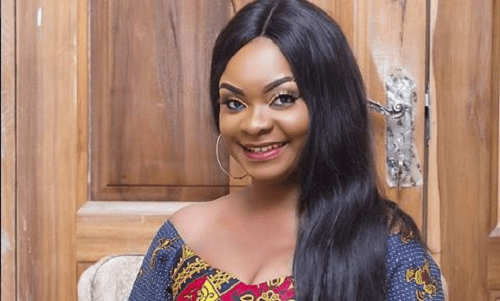 Ghanaian actress, Beverly Afaglo has revealed how she lost a movie role.

She recounted how she lost her role during a discussion with Naa Ashorkor on Asaase Radio’s ‘Between Hours’ program which was monitored by Zionfelix.net.

Beverly sadly revealed that her role was taken from her after she went home to breastfeed her baby.

According to her, she was receiving numerous calls from her mother after they delayed shooting their last scene.

She recalled her mother complained about the baby not wanting to sleep and they have given her all the milk.

Beverly said she had no option than to go home and breastfeed the baby.

A week after this, the actress stated that she received a call from a colleague who told her that her role has been taken because she told the producer that she was going to breastfeed her baby.

Meanwhile, this was a series that they were working on.

Watch Beverly’s sad story in the video below.

Stop Calling Me Arrogant, I Can’t Be Walking And Be Laughing...