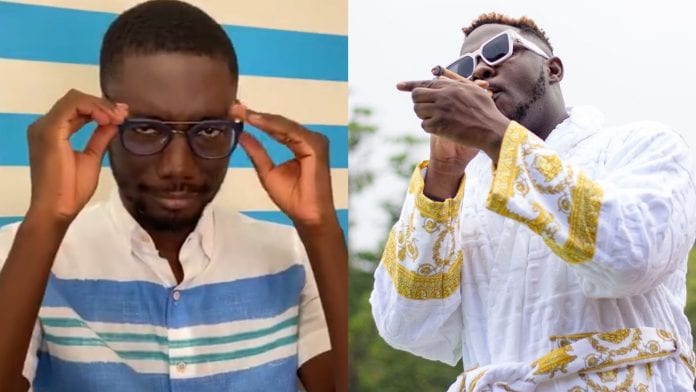 Medikal made this claim and insulted Ameyaw Debrah in a live video after news broke out that a recent Rolex watch he bought and flaunted online was fake — a claim that was made online by popular German watch blog, Munich Wrist Busters.

Speaking in that live video, Medikal said that Ameyaw Debrah had no right to laugh at him because he was poor.

Well, after waiting patiently for the right time, the award-winning rapper has finally dropped a video to react and mock Medikal as well.

Medikal Savagely Replies A Fan Who Asked If He Is Ready...