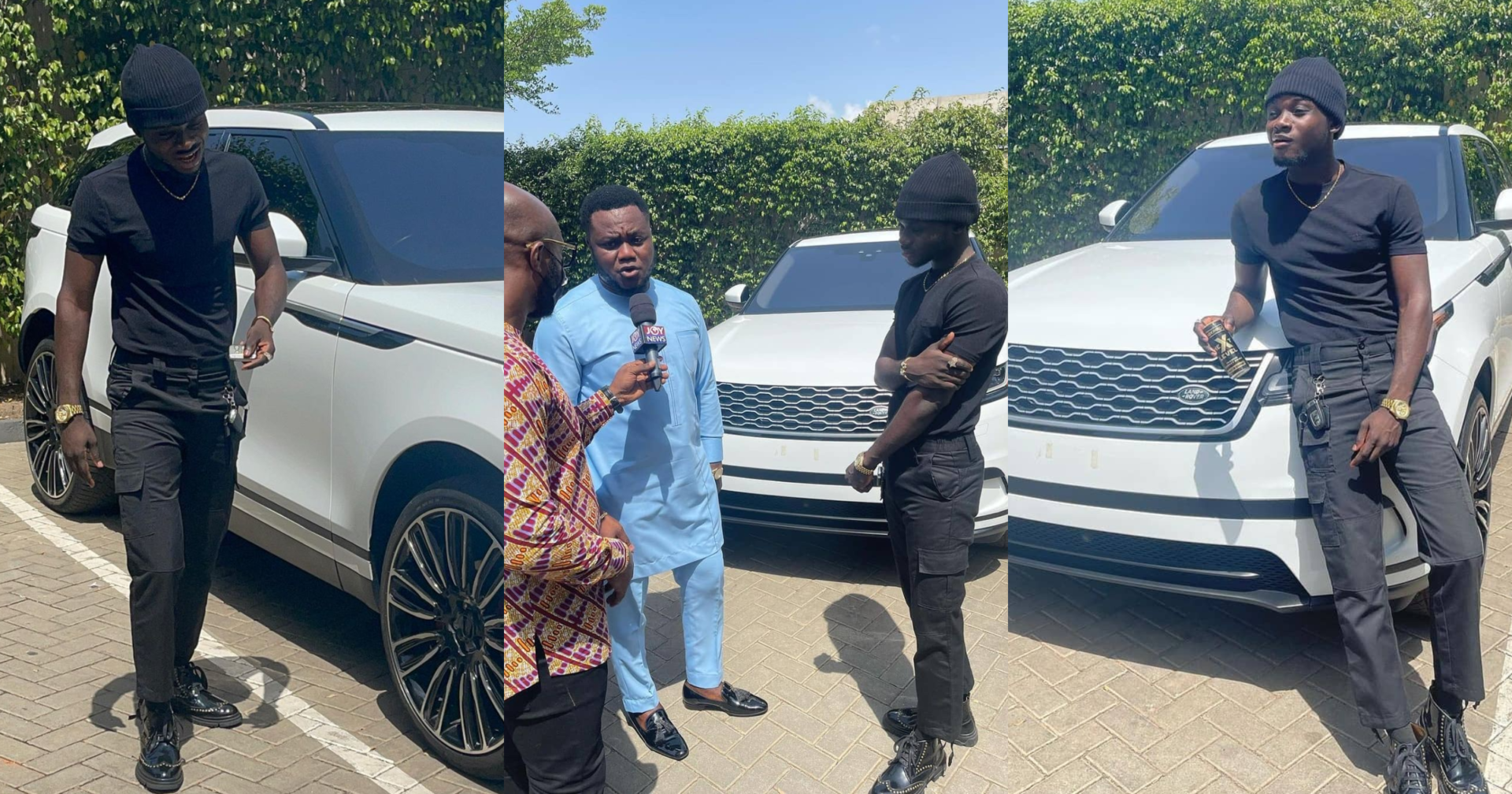 The gift has got a lot of social media users talking, with many applauding Dr. Kwaku Oteng for showing this kind gesture to Kuami Eugene.

Following all the talks, the CEO of ABN Ghana, Mr. Samuel Kofi Acheampong aka Bronzy Teflon has revealed why Dr. Oteng gave Kuami Eugene the car worth over $56,000.

According to him, the decision of Kuami Eugene not to charge Dr. Oteng when he approached him to be the brand ambassador of the energy drink when they introduced it in the Ghanaian market is the major reason why he decided to gift him the car even though it was not part of their contractual agreement.

Bronzy added that before they spoke to Kuami Eugene, they had spoken to a lot of popular names in the entertainment industry about the same deal but the amount most of them wanted to charge was outrageous, to say the least.

However, Kuami Eugene‘s meekness and decision to give reverence to Dr. Kwaku Oteng is the major reason why he is getting this gift now.