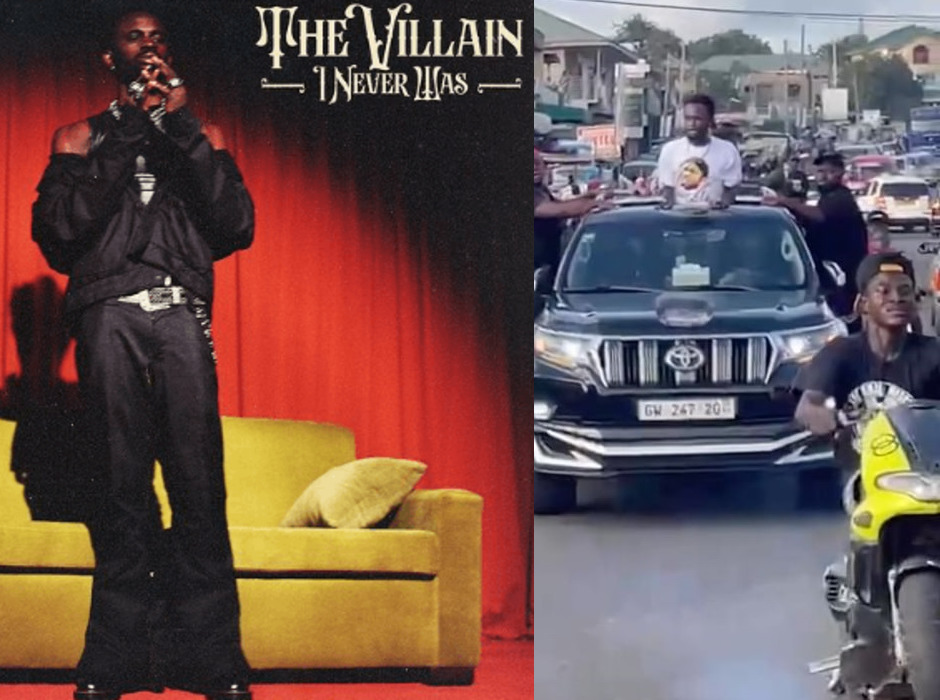 Ahead of the official release of his debut album titled ‘The Villain I Never Was’, on Thursday, October 6, 2022, Ghanaian music star Black Sherif stormed the streets of Nima earlier today, Wednesday, October 5, 2022.

A video of Black Sherif being literally mobbed by the fans as he took a tour on the principal streets of Nima in his car has got social media users talking.

In the video sighted on Instagram, Black Sherif was spotted standing in a four-wheel drive and happily giving most of his fans a handshake as a show of bis appreciation to them for the support given him so far.

READ ALSO: Sonnie Badu Cries As He Reacts To The Viral Video Of A Man Mercilessly Fl0gging A Toddler – Watch Video

Black Sherif’s ‘The Villian I Never Was’ is a 14-track album that has his monster hit songs, ‘Kwaku The Traveler’ and ‘Second Sermon Remix’ which features Burna Boy as tracks 13 and 14 respectively alongside his recent jam, ‘Soja’ the 4th track.

Big One! Black Sherif’s ‘Kwaku The Traveller’ Becomes The Most Shazamed...