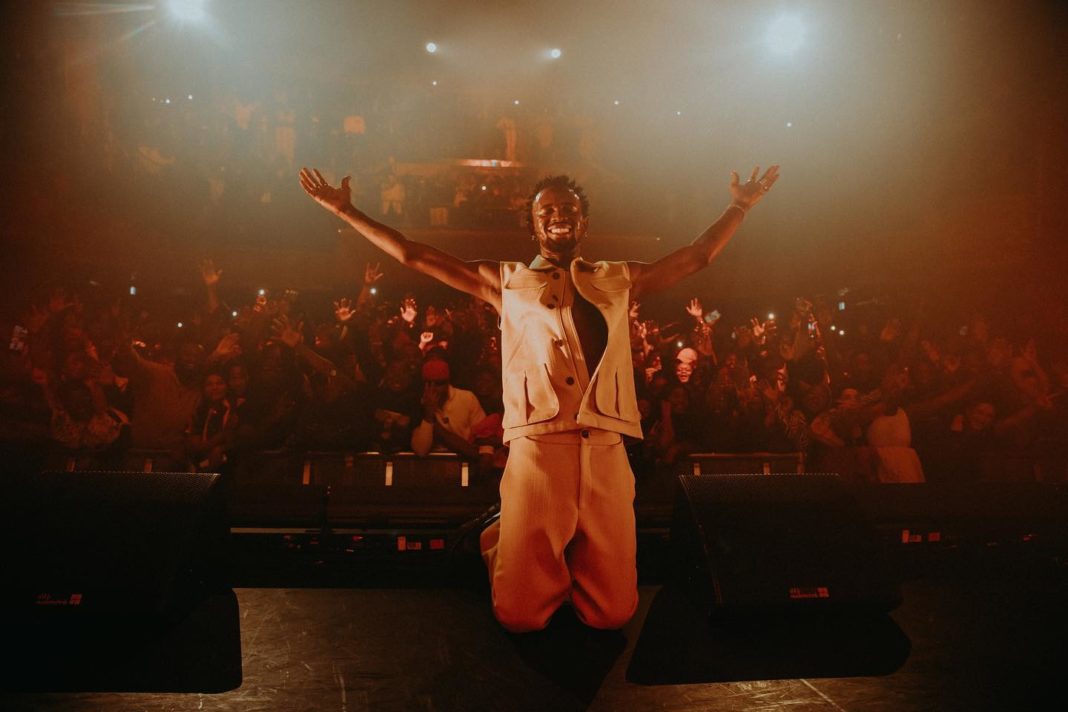 The first edition of Beer With Us Festival (BWUFEST) in Nigeria was an event filled with amazing performances from some of the biggest names in the Nigerian music industry.

One of the standout performances of the festival was from sensational Ghanaian young music talent, Black Sherif.

READ ALSO: Joey B Speaks About His Battle With Asthma For The First Time As He Explains His Absence From Shows

Black Sherif, whose real name is Mohammed Ismail Sherif Kwaku Frimpong, took to the stage on Friday, January 2023, and he did not disappoint.

Dressed in an all-black outfit, he launched into a high-energy set that had the crowd dancing and singing along from start to finish during his performance.

Black Sherif’s performance was a true showcase of his talent and versatility as an artist. He seamlessly moved between different genres and styles, performing a mix of his own hit songs as well as the few he featured others on.

His stage presence was electric, and he had the crowd in the palm of his hand from the moment he stepped on stage.

One of the highlights of Black Sherif‘s performance was he dropped his collaboration with top-rated Nigerian musician, Burna Boy.

READ ALSO: ‘I Made A Mistake’ – NY DJ Apologizes For Goofing About His Revelation That Kanye West Is In Ghana

Even though Burna Boy was not there, the crowd went wild and helped him to sing the song from start to finish,

Overall, Black Sherif‘s performance at BWUFEST was a true standout of the festival. His talent, energy, and stage presence made him a fan favorite, and it’s clear that he has a bright future ahead of him.

And of course, one can conclude that he is gradually eroding the notion that Nigerians do not give Ghanaian musicians attention when they come to their country.

Watch the performance below…

Share
Facebook
Twitter
Pinterest
WhatsApp
Previous article
Joey B Speaks About His Battle With Asthma For The First Time As He Explains His Absence From Shows
Next article
Movie Director, Pascal Amanfo Writes Open Letter To Moesha Boduong
- Advertisement -