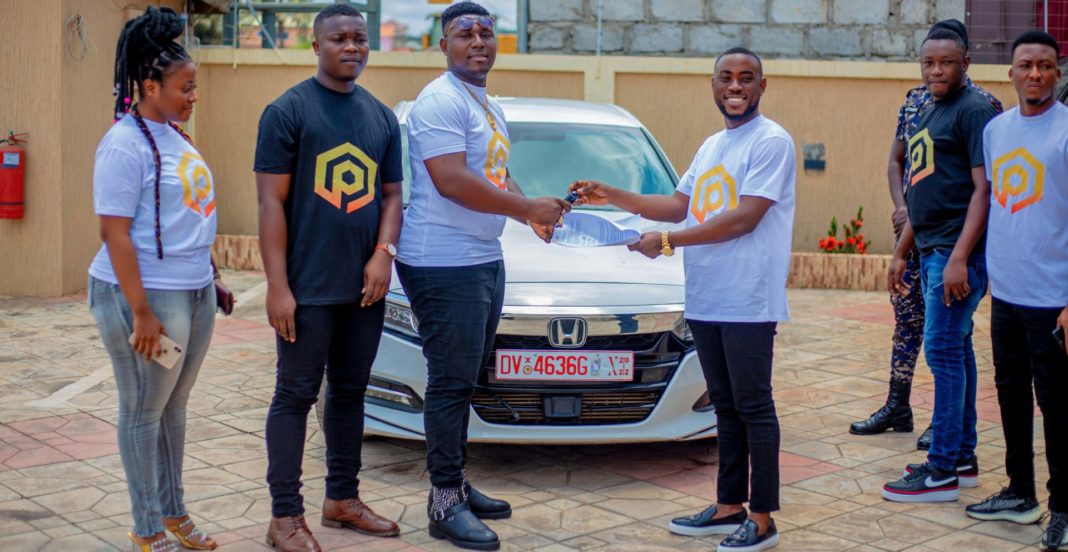 The first signee onto business mogul, Stephen Yawson’s record label called Papson Entertainment has been given a brand-new car at the unveiling ceremony which came off on Saturday, September 10, 2022, in Takoradi.

The signing and unveiling of Bobo Dada Bee, who is one of the best musical talents in the Western Region currently has been on the cards for some time now.

Quite recently, the CEO of Papson Entertainment made it known that he was all set to unveil the talent because he believed that it was one of the ways he could help to support the creatives in the country, more especially, in his region of birth.

During the signing and unveiling, Mr. Yawson indicated that he was overjoyed that the signing has finally been done and also stressed that he looked forward to signing more talented people onto his new record label which is determined to make a mark in the music industry.

READ ALSO: VIP should be given a presidential honor – Bulldog praises group’s achievements

Bobo Dada Bee on the other hand expressed his profound gratitude to Mr. Stephen Yawson and all the people at Papson Entertainment, especially, Sleeky of Sleeky Promotions for the trust they have reposed in him and promise to do his all to make the label proud that they signed him.

Bobo Dada Bee is one of the finest rappers and singers to have emerged from the Western side of Ghana. Even though he is being signed onto Papson Entertainment, he has a few singles to his credit already.

One of his most popular songs is ‘Better Days’ which features multi-award-winning Ghanaian musician, Kofi Kinaata.

Check out a video of the signing below…

It Was A Total Insult To Use kurl Songx And Not...