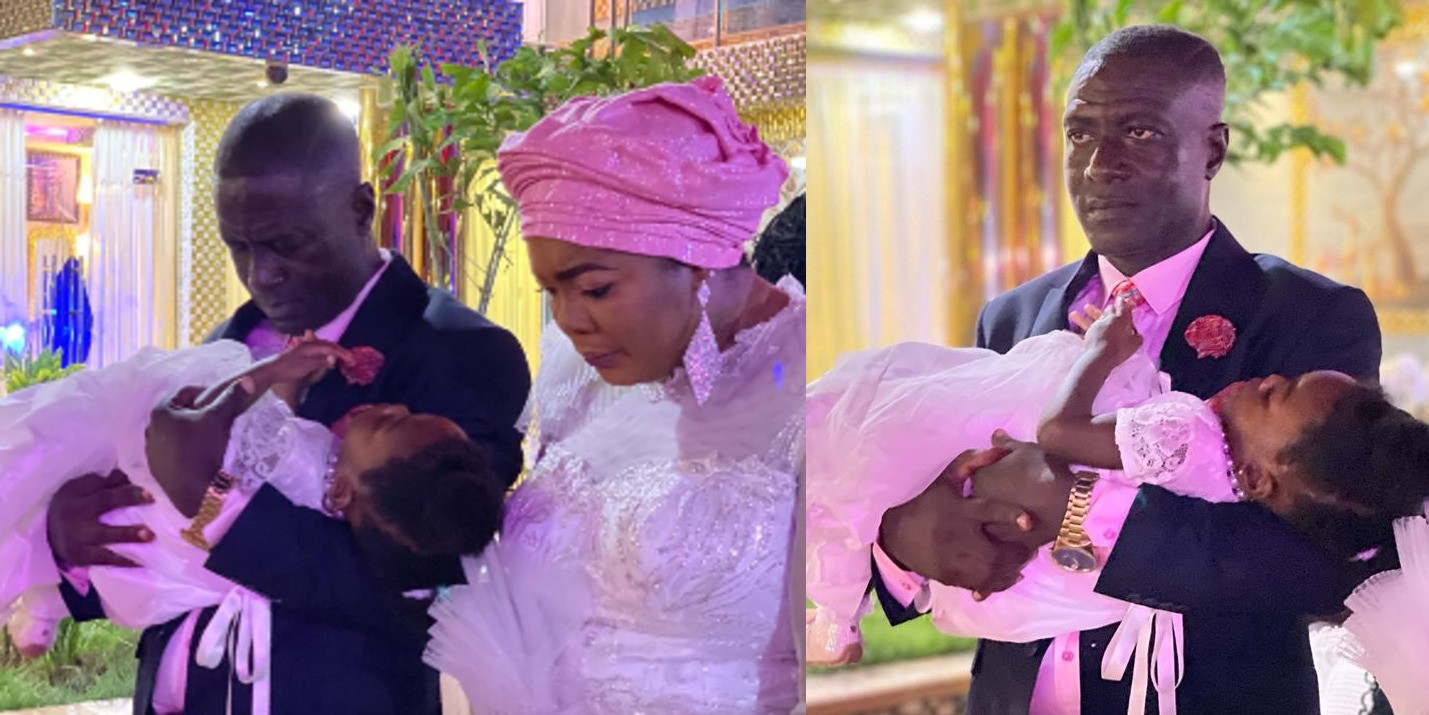 The ceremony was well-attended by close friends and respected people from the clergy, media, colleagues, neighbors, and many others in Ghana and abroad.

During the ceremony, Captain Smart noted he intended to name the child after someone else but his wife disagreed, saying she should be named after her great grandmother.

He added that this suggestion of his wife was not one he had a challenge accepting because his newly born daughter behaves just like her late great grandmother, which made the name Efua Ansó a perfect one to go with.

See some photos from the ceremony below…