Celebs Laugh At Moesha Buduong As She Starts Dancing Lessons In Her B!kin! Wear (Video) 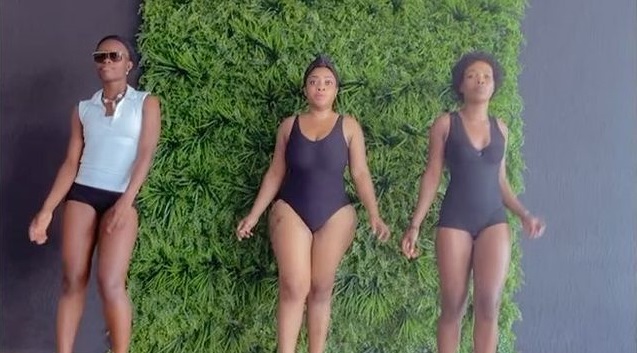 The actress after the release of her single song dubbed ‘Diva’ has been spotted at a dance learning house trying to up her dance game just like Beyonce.

Moesha shared the video of one of her sections at the dance school on her Instagram page and so far the reactions the video has received are hilarious, to say the least.

A lot of her celebrity friends have been mocking her because her moves are pretty bad.

The likes of Mzbel, Lydia Forson, Jacinta, Laura Ikeji, Jacinta and many others have been laughing at her.

Mzbel for example reacted to the video with the comment: “U are dancing borboorbor lol”, while Lydia Forson also wrote: “Herr mo 😂 at this rate di33 more than Beyoncé soon”.

Well, some others also loved it even though it can be considered as an average performance.

Watch the video below and tell us what you also think

Share
Facebook
Twitter
Pinterest
WhatsApp
Previous articleVIDEO: Musician Jupitar Carries Shatta Wale Like His Baby As They Chill In Miami
Next articleTouching Story Of How A Beautiful Young Lady, Abigail’s Life Was Saved At A Shrine Because She Was A Virgin Told
- Advertisement -