Coded and wife, Maame Afua Agyeiwaa Opare, have been married for about six(6) years now and like many other celebrities marriages in the country, Ghanaians have had their fair share of rumors that concerns the marriage of this lovely couple.

There have been many rumors in both the print and online media that Coded depends a lot on the wealth of his wife because it is believed that she comes from a very wealthy home. Coded has however as a guest on the latest episode of ‘Celebrity Ride With Zionfelix’ shut down all these rumors.

The ‘E Dey Pain Dem’ hitmaker told Zionfelix that his wife’s income is not that big to even cater for his needs as a big star in the music industry in Ghana. He also stated that his wife is just in the hotel business which does not really pay as many people out there believe it does.

READ ALSO: WATCH VIDEO: I Voted For NPP But I’m Disappointed In Their Governance – Caroline Sampson

When the host told Coded that the rumors about him depending on his wife’s wealth is not about the income she gets from her job but that of her family, he laughed it off. He then added that many people have got it wrong. He revealed that his wife is from an ‘ok’ family in terms of wealth but not from a very rich home like many will want to believe.

READ ALSO: Mercy Asiedu Expresses Desire To Go To Prison For This Reason

The handsome musician also in the interview stated that even if his wife had a lot of money, she is a beautiful young woman who has needs and as a result, her money will be used to cater for those needs. 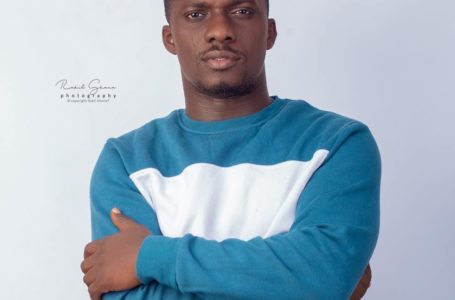 None Of My JHS Classmates Is Better...