Could the TFF and the Private Sector Team Up for a Better Game? 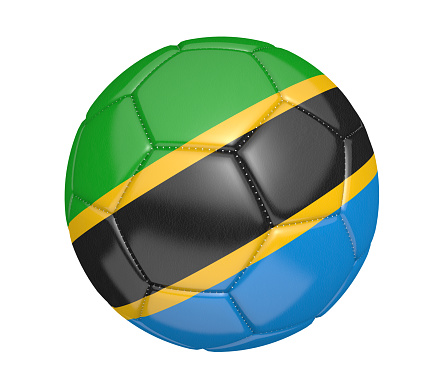 Football has always been a political matter in Tanzania. Since colonial times, major Tanzanian teams, like the Yanga, have had ties with anti-colonial resistance. Football is a national passion in Tanzania and is closely managed by the government. Such political interference in football affairs has left undeniable marks. Could a bigger private sector presence in the field be a game-changer?

In a recent visit to Tanzania, the CAF’s president, Patrice Motsepe, advocated for more private investments in football. The meeting also involved the participation of TFF’s president, Wallace Karia, and the Secretary-General, Veron Mosengo-Omba. On occasion, Mr Motsepe strongly defended the necessity of partnerships with the private sector. He argued that it’s essential to modernise the sport and overcome the lack of financial resources.

The Tanzanian government resists letting go of football affairs. The government still controls two of the country’s most important teams. All leaders of both teams must be members of the ruling party. Only three years ago, the private sector was allowed in the game; 49% of Simba SC was sold to one of the biggest companies in the country.

Such a change had almost instant results, and Simba SC is the first Tanzanian team to play the early stages of the CAF Premier League. Visit 10bet Tanzania, and check the latest odds of your favourite Tanzanian side. Now, Yanga’s supporters are demanding the same opportunities. However, this modernisation is happening in small steps. Mohammed Dewji, Simba’s Chairman, faces parliamentary resistance to his reforms.Simba’s Example

Simba’s change of paradigm is already showing measurable results. Among the most impressive victories, there was the 1-0 against the current CAF champions, Al Ahly, earlier this year. You can follow Simba’s development on the best Tanzania betting sites. According to the team’s CEO, Barbara Gonzalez, the recent achievements are a natural consequence of wise investments.

Even battling against political opposition, the team is upgrading its whole structure. The club now counts on coaches for speed, fitness, and endurance. New investments also translate into new players, like Taddeo Lwanga, Perfect Chikwende, and others.

Recently, the team was exempted from the CAF Champions League’s preliminary round. The Chairman, Mohamed Dewji, celebrated the achievement on Twitter, saying it meant the club was among “the top 10 clubs in Africa”. Meanwhile, Yanga collects defeats in the same competition.

Yanga isn’t yet following Simba’s liberalising footsteps. Nevertheless, the Kariakoo Derby, which sets Simba SC against Yanga FC, is still close. If Yanga can’t make it to the CAF’s Champions League, it can still give Simba a hard time at home and currently leads the national Premier League by two points. Kariakoo derives from the English Carrier Corps”, a British base in the Dar es Salaam region.

Saudi Arabia is also moving towards privatising top teams in its football league. Top officials have long discussed the plan for allowing the private sector into the country’s major teams. The matter is being handled by CEDA (Council of Economic and Development Affairs). Additionally, it counts on the participation of Deputy Crown Prince Mohammed bin Salman.

CEDA is considering the creation of a fund to accelerate developments in the sector. This fund will help clubs invest in clubs and incubators for future generations, creating 40,000 jobs on the way. Russian football is going in the same direction.

Government ownership of clubs hasn’t done Russian teams any favours, and many of them are now struggling to survive. Sometimes, a regional government steps in and bails a poor club out. Half of the Russian teams in the domestic Premier League are sponsored by local governments. The number of clubs tittering on the brinks of bankruptcy pushes for more private presence in the sector.

Zanzibar is an autonomous region with its own football federation and Premier League. However, the local football federation struggles with the same problems as mainland teams. Earlier this year, the Zanzibar Football Federation invited companies to a fund-raising event. With the move, it expects to raise about USD 200,000, to help teams in dire financial situations.

Privatisation seems to be the way forward for clubs on the verge of bankruptcy. While Simba SC reaps the benefits of much more modern management, the other teams can’t go past domestic competitions. The example of financially broken teams in Russia also shows the problems with state-run football clubs. Hopefully, Simba’s performance in the continental competition will accelerate changes at home.