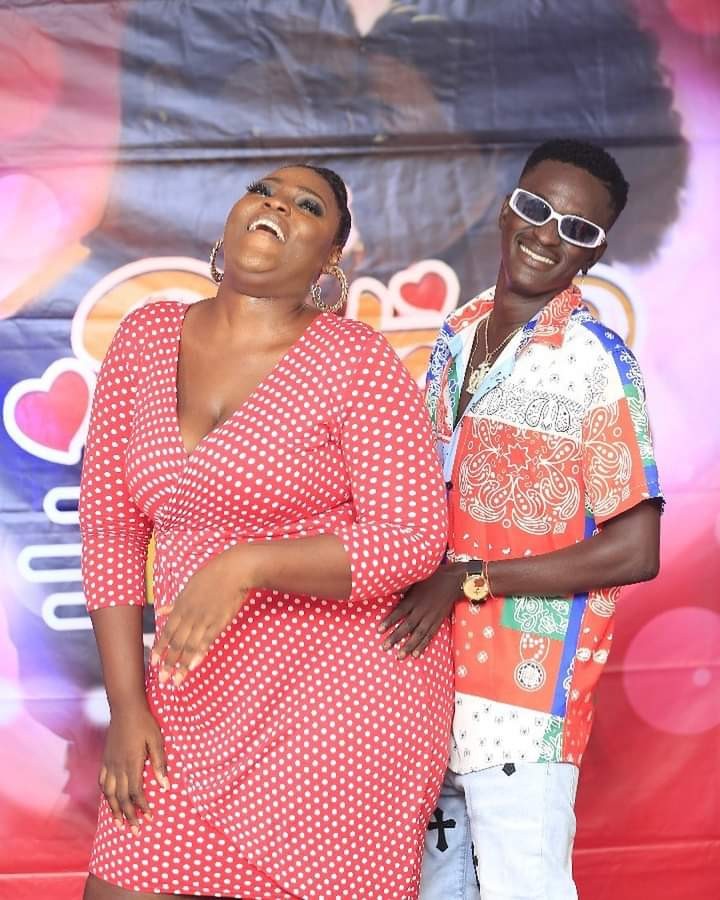 Power couple from dating reality TV show Date Rush, Ali and Shemima, have been spotted in some videos and photos shopping for baby items and wedding gowns.

In the new media sighted by Zionfelix.net the popular Date Rush couple were seen on a shopping spree as they sampled many items.

READ ALSO: Video: Grandpa Was In My DM Asking For S3x – Ruth Of Date Rush Claims

Shemima was seen trying on some wedding gowns as she was seen being assisted by a shop attendant in the gown shop.

While she was trying the wedding gowns on, Ali could be seen standing in one part of the shop admiring his pretty lady and also giving his opinion on the gowns Shemima was trying on.

But what actually caught people’s attention was the fact that Shemima and Ali were seen shopping for baby items.

The Date Rush Couple appeared to have bought a baby bath set, some diapers and were window shopping for clothes meant for babies.

It is quite uncertain if the couple are already expecting their first child together.

Zionfelix.net earlier reported that Shemima revealed on Zionfelix Uncut show that she had a child before going to the show.

READ ALSO: I am Too Old For You; I Can’t Marry You – Delay Turns Down Amerado’s Marriage Proposal On Live TV (Watch)

Ali who was also on the show with the heavily-endowed lady said he was not aware that Shemima had a child.