After branding ladies who come on social media to nag about all men being the same because they find themselves in crazy relationships as bitter women recently, it seems the love life of Gambian born actress/entrepreneur, Princess Shyngle has fallen apart in a rather sad manner.

The tiny waist movie producer recently confirmed that her fiancé, Frederic Badji, has been jailed in the United States of America and added that she is going through hell to sort out her normal bills and even take care of herself plus unborn baby.

After she shared that sad and rather dramatic story on her various social media platforms, many have been wondering what crime her cheating fiancé committed this time to warrant this arrest and jailed time in New Jersey.

Well, some little digging zionfelix.net did on the matter brought back the whole controversy that guy was caught up in October last year.

It will be recalled Frederic Badji was battling with the US Law Enforcement over credit fraud last year and we gather it is the same reason why he has been jailed again this time after the whole issue was heard.

Princess Shyngle has also in an Instagram interaction with one of her followers disclosed the name of the US correctional center Frederic Badji was sent to after he was found guilty.

Princess Shyngle replied to a post of Specialspesh with the comment; “Essex County Correctional Facility Newark, New Jersey and ask if they have any inmate there by the name Frederic Badji. Come back and let us if I’m doing April fools or not” and then added a crying emoji.

While we share in her sorrow, we will not be too shocked when the whole thing turns out later to be just one of the dramatic movies for social media likes and money. 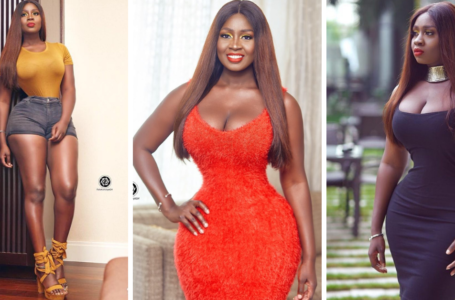 A man cannot be kept, unless he...