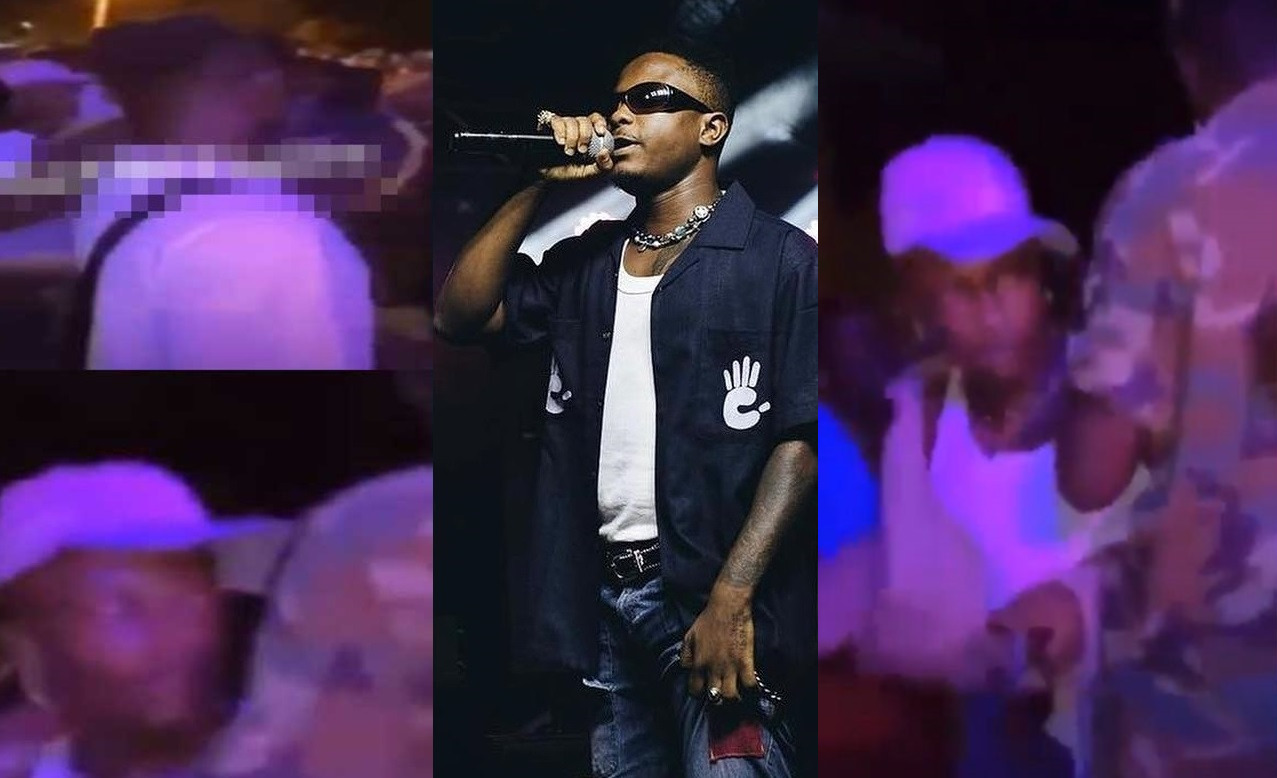 Zionfelix.net has come across a rather disturbing video of popular Ghanaian singer Kelvynboy being manhandled by some security guards alleged to be at the campus of the University of Cape Coast after his stage performance on Saturday night.

From what we are picking up, this happened after the singer tried to finish up his performance early and make his way to Accra for another show at the University for Professional Studies Accra(UPSA).

Apparently, Kelvynboy was billed to perform at both schools on the night, however, UCC which is located in Cape Coast in the Central Region of Ghana was the first school he was scheduled to perform before he made his way to Accra to perform at UPSA.

Unfortunately for him, some students of UCC could not come to terms with the fact that the singer wanted to perform earlier than they expected him to do just to move to another university, hence they decided to cause a commotion by blocking the singer from getting onto the stage.

READ ALSO: Check Out The Beautiful Photos From The White Wedding Of Prez. Akufo-Addo’s Daughter To Kofi Jumah’s Son; Aliko Dangote And Others Attend

As the little confusion between the singer and the students ensured, we are told that the security personnel on duty also joined in to somehow push the artist to his car to wait till they were ready for him.

Well, these are just speculations as it stands so we are digging for the real details. However, there is a video of the moment all these happened below for our readers

Share
Facebook
Twitter
Pinterest
WhatsApp
Previous articleCheck Out The Beautiful Photos From The White Wedding Of Prez. Akufo-Addo’s Daughter To Kofi Jumah’s Son; Aliko Dangote And Others Attend
Next articleCheck Out The First View Of Black Sherif’s Video For Viral Song, ‘Kwaku The Traveller’
- Advertisement -