Don’t Force Akufo-Addo To Tweet About #EndSars; You Don’t Have Sense More Than Him – Popular Music Producer Hits Back At Celebs (See Post) 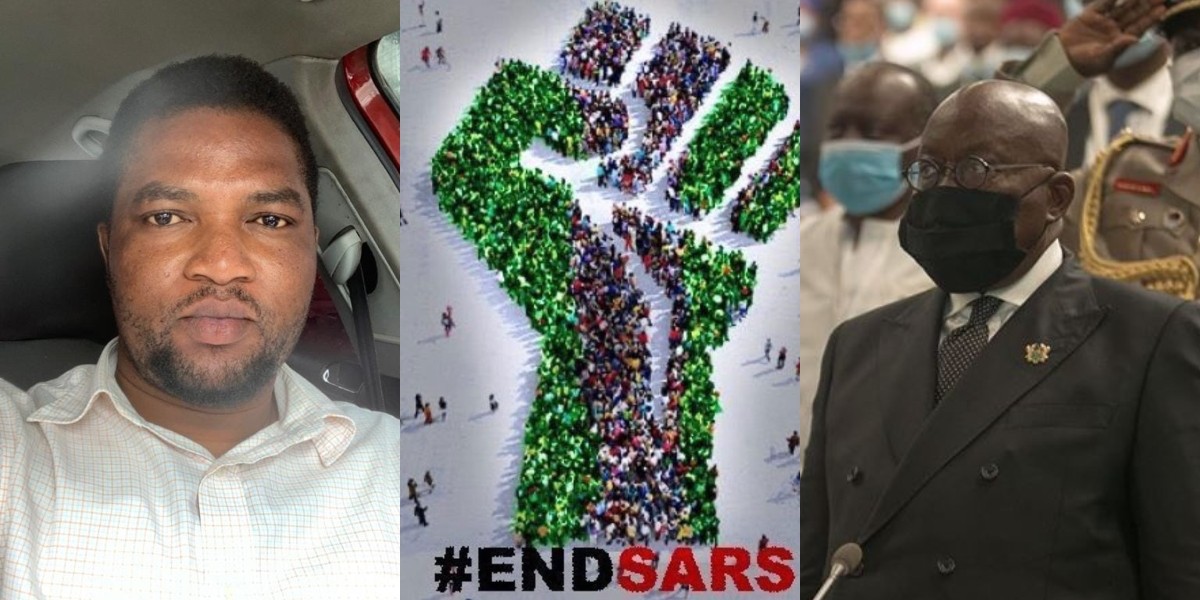 Popular Ghanaian music producer, Wei Ye Oteng, has sided with President Nana Akufo-Addo’s silience in the unrests that have erupted in Nigeria over #EndSARS protests.

Wei Ye Oteng took to Facebook to indicate that the celebs calling on Akufo-Addo to break his silence on the matter did not know what they were saying.

READ ALSO: Their Children And Children’s Children Would Pay For This Evil – Sonnie Badu Reacts To Unrest In Nigeria In New Video (Watch)

According to him, any comment from Ghana’s president on the matter could have a lot of repercussions on both nations.

Wei Ye Oteng wrote: “Prez Nana Addo should just tweet .You think a tweet from a president is JUST wahu? Relax na you no get sense pass the man. Nana thanks but is sad most ppl just talk.

The music producer’s comments follow calls from many Ghanaian celebs to President Akufo-Addo to intervene in the situation in Nigeria.

Many celebs felt it was the right call to make since President Akufo-Addo is the current chairman of the ECOWAS.

I Am Super Nervous – Mzbel Cries Out Over Lack Of...