Whilst most Christians are trying very hard to live a righteous life in order to make their way to heaven when they depart this life, rapper Okyeame Kwame does not wish to be there but anywhere beyond paradise.

The musician in a conversation with Andy Dosty on Hitz FM opined that life in Heaven could be boring so it is his desire to be on earth after his death. BRA Kwame on the station’s Music Box show added that there is nothing like car, marriage, girlfriend in the abode of God and the angels but only praises and worship hence his crave to be at a place greater than heaven. He made it clear that hell is out of the picture even though his wish is not to be in heaven after his demise.

Below is what happened between Andy Dosty and Okyeame Kwame on Hitz FM’s music box entertainment show when the musician was called on ‘Know Your Celebs’ segment via phone.

Okyeame Kwame: I’ve been thinking of this whole we are Christians and we want to go to heaven and I’m thinking that in heaven we are all going to become Spirits and we don’t have to get a car, we don’t have to marry. We are just singing praises and worshiping. If there is something apart from heaven then that is what I want but not hell. Like people are going to stay on earth and still be able to eat fufuo and have a girlfriend.

Andy Dosty: I don’t really understand what you are saying.

Okyeame Kwame: What I’m saying is that I don’t wish to go to heaven.

Andy Dosty: You don’t want to go to heaven?

Okyeame Kwame: …at all. When I die and resurrect, I want to stay here on earth and continue to enjoy because life is nice here.

Andy Dosty: If you get the chance of entering heaven you wont go?

Okyeame Kwame: Because I think it could be boring but this place is exciting. 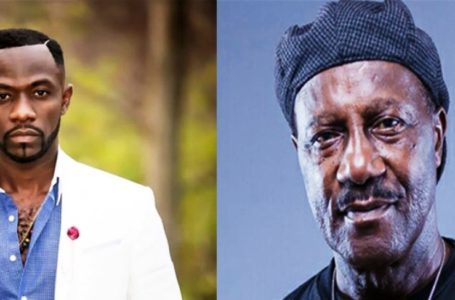