The woes of renowned Ghanaian comedian, Derrick Kobinah Bonney known in showbiz as DKB seems to have just been worsened as the ghost of an earlier admission and pronouncement he made on a TV show has come back to bite him in the a$$ at a time he is trying very hard to clear himself of the allegation leveled against him by the notorious Snapchat handle fatpu**y005.

Even though DKB has come out with a video to deny the allegations that he chopped a young lady who requested for help to pay her school fees and another one that suggested that he was chopping a lady in one of Ghana’s tertiary institutions, his colleague comedian and known ‘rival’, David Oscar has come out to question why people will doubt the allegation that DKB is a true and true fornicator.

According to the Do Nation boss, DKD not long ago admitted that he has had several sexual intercourses with ladies he has not married, and as such he is a ‘senior fornicator’ when he appeared on the ‘Gee Spot’ entertainment show hosted by MzGee on Joy Prime TV.

In the post sighted by zionfelix.net on the Facebook wall of David Oscar not long ago, he expresses shock as to why he known nemesis will act all holy now that he has landed in trouble because of his fornication but was so proud to sit TV some seven months ago and publicly declare that he is a proud fornicator.

The comedian turned Reggae-Dancehall artist mocks DKB the more and describes him as Mr. Fornicator and Mr. Lair in the concluding part of his post.

“This was his own admission, #7MonthsAgo .
I don’t even know why someone will brag about being a fornicator.
So now, if the same snake has come back to bite him ….. are you now suddenly doubting his fornicating prowess? Or its because you hate to hear it from me? #YouAreInMyPrayers #MrFornicatorKumLiar”  David Oscar wrote on his Facebook wall. 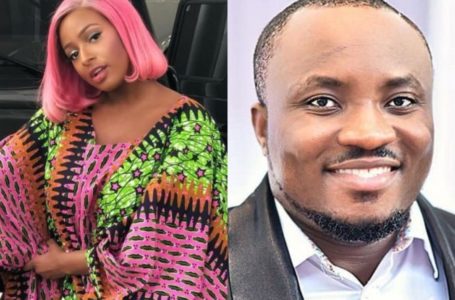 I’ve Never Been Paid For A Comedy...