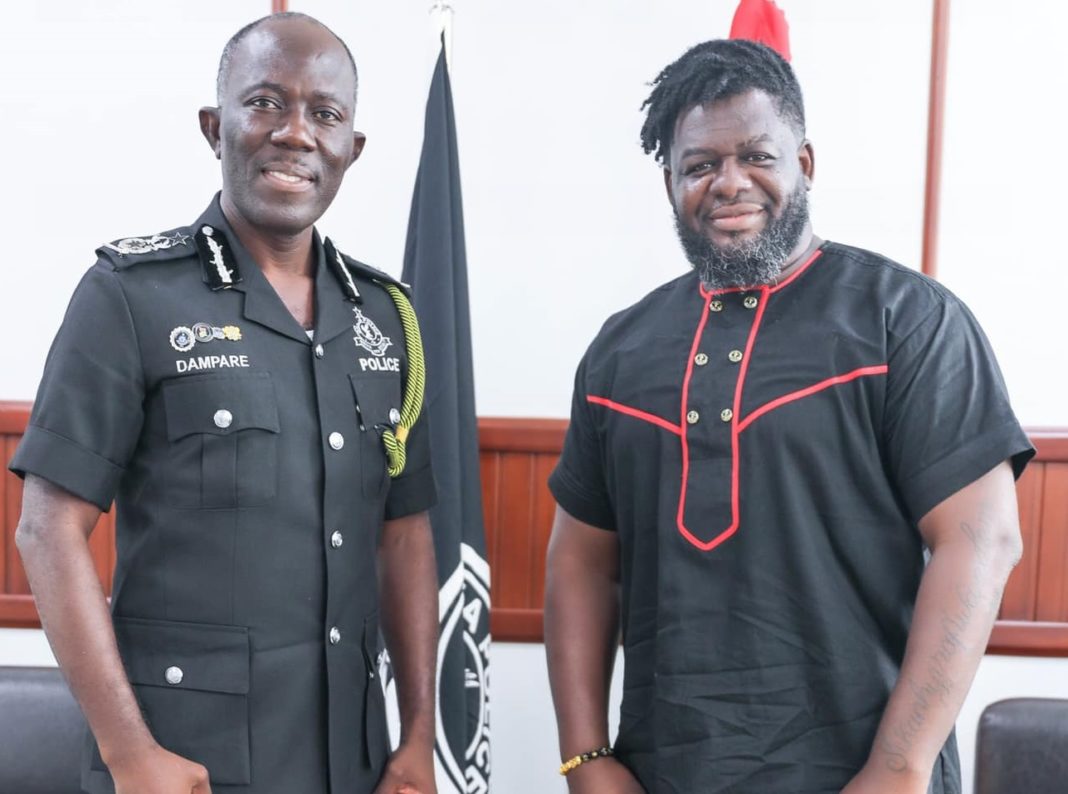 In a post sighted on the Facebook wall of Bulldog, he made the point that in contemporary times, the new IGP is one man who fully and properly embodies the motto of the Ghana Police Service which says ‘Service with Integrity’.

READ ALSO: I Did Not Know Yvonne Nelson Had Sued Me’ – Mona Gucci Shockingly Reveals (+Video)

Bulldog added that the discussion he had with Dr. Dampare on how to make the life of people in police cells was very fruitful and that makes him very happy and thanked him for the opportunity.

Read what he wrote in full below

‘Dr. George Akuffo Dampare embodies the phrase “service with integrity” My team and I met the Inspector General of Ghana Police Service to discuss the well being of inmates in police custody. It was fruitful. Thank you sir for the opportunity

It Wouldn’t Have Been A Crime For Akufo Addo To Congratulate...