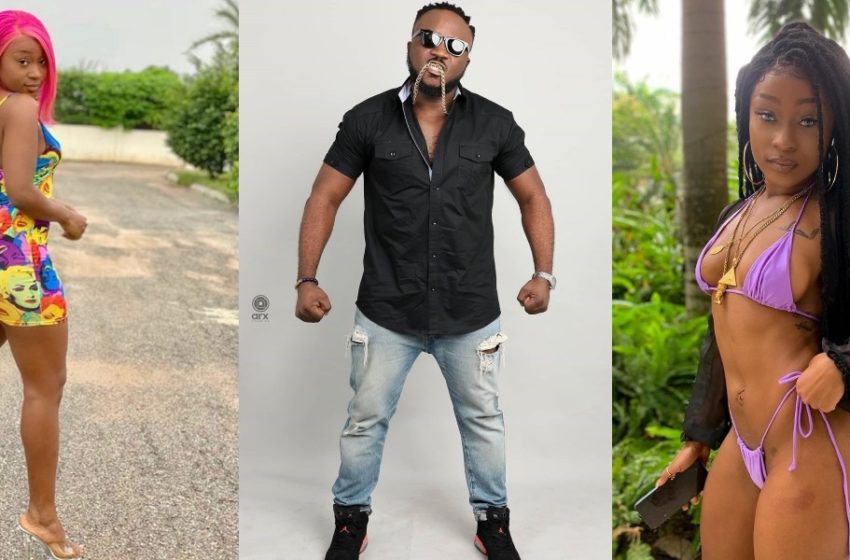 Actress Efia Odo is not resting following an attack on her by popular Ghanaian comedian, Derrick Kobina Bonney famed as DKB.

In a series of unprintable rants, Efia Odo indicated that DKB was broke – a reason for his attack on her following her McDonald’s comment.

Efia Odo went on to reveal that DKB was mad at her because she refused to give American comedian Michael Blackson’s phone number to him.

He said that the Ghanaian comedian was not funny because most of his jokes were dry and that the only time he was funny was when he was mimicking people.

Speaking further, Efia Odo said DKB cannot dictate to her the kind of clothes she should wear or the extent to which she shows off her skin.

Efia claimed her skin was hers and she was the only one who could decide what she wanted to show to her fans and followers.

The burgeoning actress said she did not claim to be a celebrity and that what she was doing was rather giving clout to DKB whose career was already dead.

Efia Odo said she always wanted to live a happy life and was not interested in engaging anyone in any form of beef.

She called on all the brands working with DKB to revise their decisions since he is a woman beater.

DKB jumped on the offensive some days ago after she claimed that some staff of McDomnald’s earn more mony than some Ghanaian celebs.

DKB, in responding, said Efia Odo was not getting endorsement deals because of the way she is always exposing her body on social media.