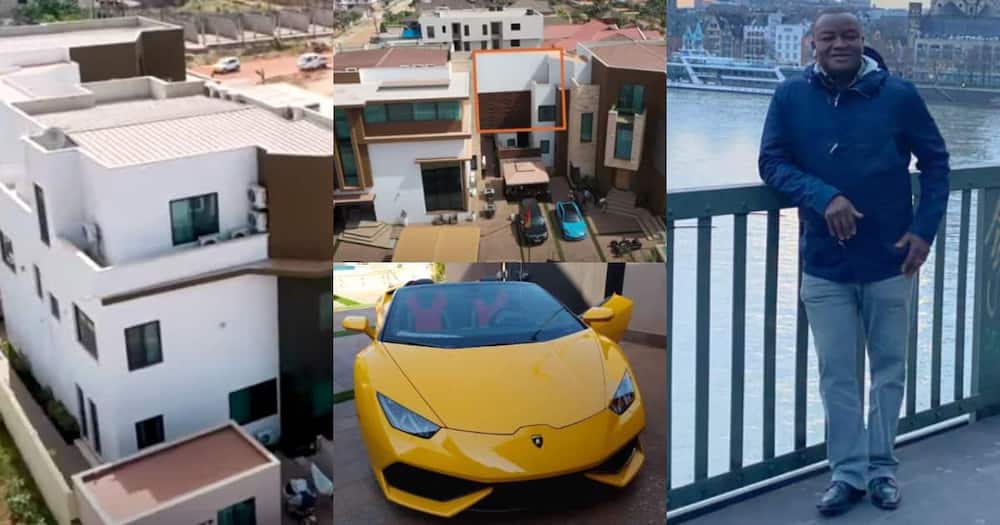 Hassan Ayariga, the founder and head of the All People’s Congress (APC), has given Sister Sandy, the host of Adom TV’s Badwam Ahosepe, a tour of his opulent Accra home.

The mansion has ten bedrooms, eight halls, two penthouses, four kitchens, a gym, a barbershop, and other amenities like a gaming room and a 30-seat movie theater.

READ ALSO: If I Can’t Date A Guy Who Takes Trotro What Can You Do? You’re Bitter – Jackline Mensah Replies Critics

During the tour of the house, it was revealed that the lavish mansion was designed by his beautiful wife, Anita Ayariga, an ardent graphic designer and lover of the arts.

The politician also flaunted many of his cars during the tour such as his Lamborghini, Nissan Infiniti, two Land Cruisers, Porsche Panamera, and several superbikes.

Recently, a glimpse of the mansion was seen online when Hassan Ayariga celebrated his birthday and opened his doors to most of the rich and influential people in Ghana.

There were a lot of talks at the time and I can bet the video below will certainly generate more conversation about Ayariga.

The quotes in the write-up were culled from adomfmonline.com