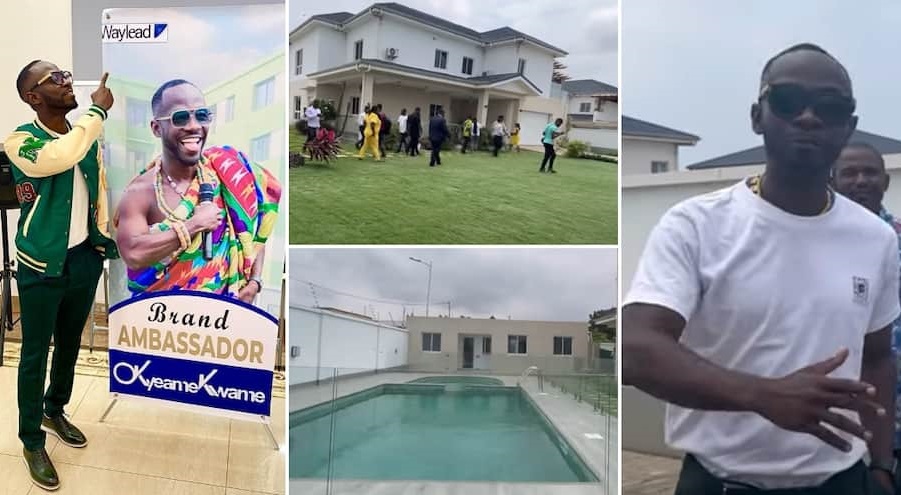 Multiple award-winning Ghanaian rapper, Okyeame Kwame was in the news on Thursday, July 7, 2022, after it emerged that he has been given a new house.

From a video available to zionfelix.net, the house was given to the popular rapper as a part of his ambassadorial role for Waylead, a group company that specializes in residential, retail, and commercial real estate development and redevelopment in China, Ghana, and the United States.

In a chat with Zionfelix after he was given the house, the Rap Doctor revealed that the four-bedroom house he has been gifted by Waylead costs over $250,000 which is equivalent to over Ghc2 million.

According to Okyeame Kwame, there are other cheap offers which are from $84,000 above.

He also added that Waylead offers the best of packages for their homes because the houses they are selling for these amounts cost more if people would want to purchase from different companies.

In other news, Okyeame Kwame said they will launch a campaign dubbed: “Be My Neighbour” – of which his fans and friends can acquire a property close to his.