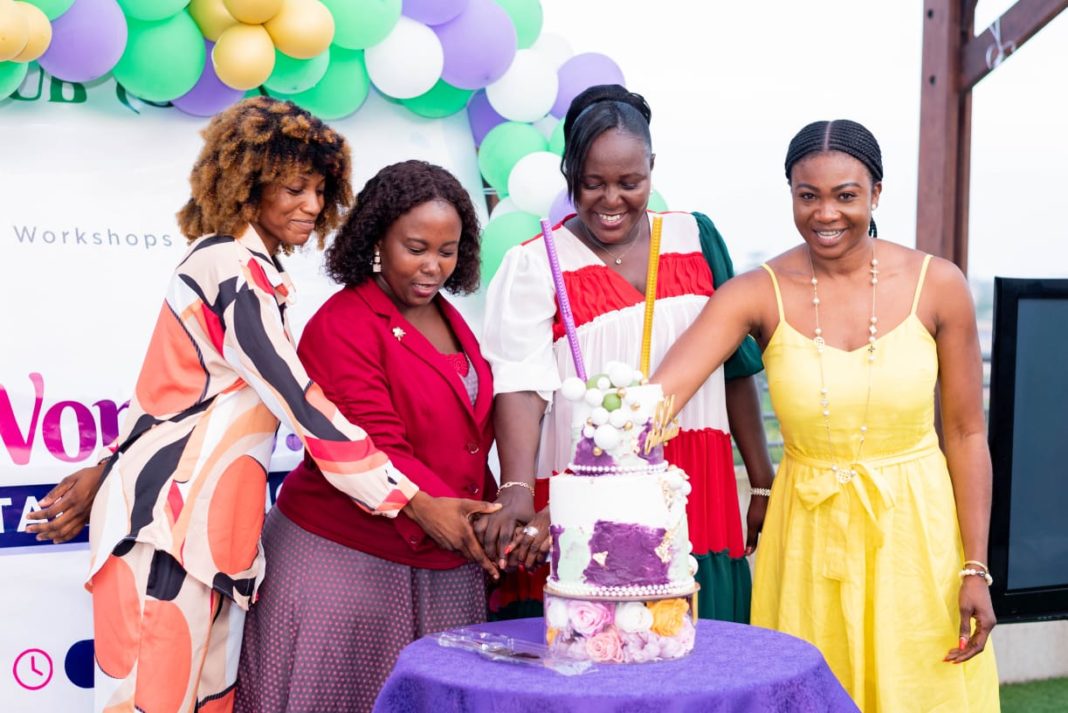 The OCL Club, which is a non-profit organization based in Takoradi, Ghana was recently launched in the Western Regional capital in a simple yet elegant program in partnership with Beach 105.5 FM.

The club that focuses on career guidance and women empowerment for girls and women respectively, through networking events, seminars, and secondary school tours had many dignitaries and respected women rights activists at the launch.

READ ALSO: Delay Reveals One Thing Her Haters Will Like About Her

The club from what zionfelix.net gathers has the vision of becoming a go-to career mentorship organization for girls and empowering women to attain financial independence, to be inclusive at all organizational levels, especially among leadership and decision-making levels/bodies.

The OCL Club was launched with 20 corporate ladies across various fields of work in Sekondi Takoradi Metropolis with the aim of, drumming home the point about the importance of women networking, and career guidance for girls.

At the launch of the club recently in Takoradi, there were many games for team bonding, socialization, and becoming acquainted with the vision and mission of the club.

Also, the 20 ladies who are at the helm of affairs of the club currently have mentioned their aim of touring various senior high schools to preach the important message of women empowerment.

During the launch with the theme ‘Women 4 Women: A perfect tool for total inclusion’, the founder of OCL Club, Madam Esther Nana Ama Bampoh indicated that she believes women are the perfect instruments for bridging the gender gap.  She also introduced the club’s slogan “Voice. Wealth. Power!” and explained that every woman should own a voice, be able to speak up, and speak for herself when the need be.

She also emphasized financial independence as the true source of freedom whilst encouraging women to pursue power or strive to attain higher positions at all important levels. She concluded with: “I am looking forward to a future where we would not celebrate or applause an only woman status as an achievement, but a future where both genders can be represented and celebrated equally.”

The 2nd Speaker, Lawyer Portia Abena Cheffa stated that women are not seeking to be treated specially as there has been a backlog of women under-representation. Women or gender empowerment advocates are seeking to pull up women from the many years of relegation and from the backward mentality of what a woman’s place should be to put men and women at par so they can compete with each other whilst the 3rd speaker, Ms. Mildred Ackah, who happens to be the Branch Manager of FBN Bank Takoradi, highlighted on the importance of women networking and the benefits OCL Club will bring to all women within the region.

In the end, both the 2nd and 3rd speakers encouraged and entreated all invited guests to support OCL Club’s vision so they could together achieve UN Sustainable goal 5 in the region.

Ms. Maribel Akuorkor Okine, Director of Gender Western Region chaired the launch and, in her closing remarks pledged her support to drive the agenda of achieving gender equality through the vision of OCL Club.

Before the launch finally came to an end, it was revealed that the OCL Club has long-term plans of organizing yearly scholarships and awards scheme nights to reward bright or brilliant but needy students to pursue- tertiary/higher education programs in various universities across the world.

The OCL Club also has the vision of implementing a December Annual Networking conference for women in Takoradi and other parts of Ghana with guest speakers from the diaspora and within the country so they share their knowledge and experience with these inexperienced women and groom them to achieve the objectives of the club.