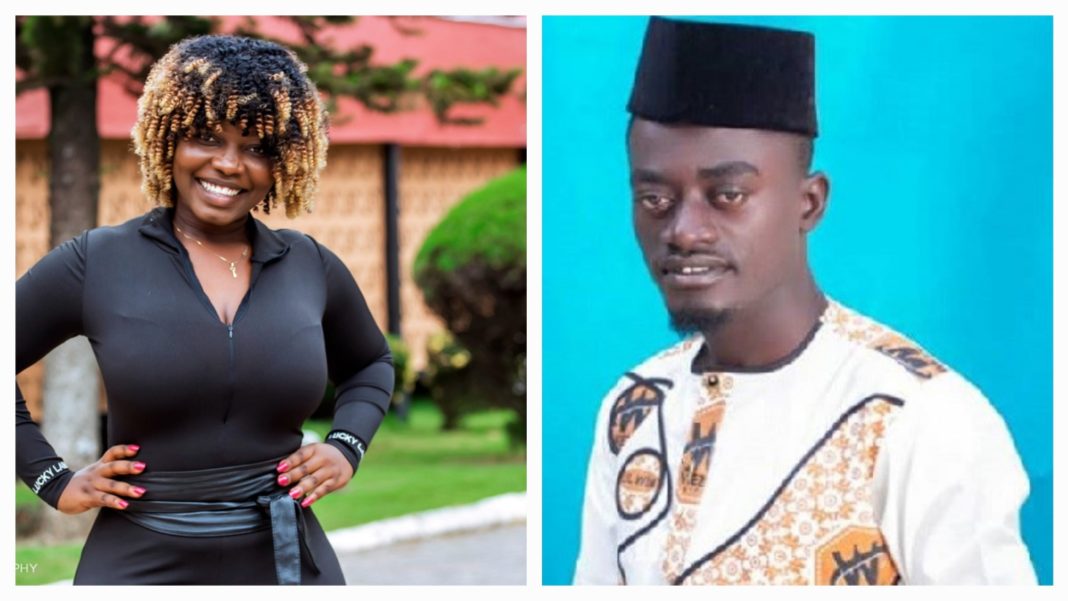 Popular Ghanaian TikTiker, Felicia Osei, is irritated over Lilwin’s statement that TikTokers are not stars.

The renowned actor, who thinks TikTokers are becoming ‘pompous’, argued that they are not celebrities.

But speaking in an interview with ZionFelix, Felicia disagreed with him.

“I was very surprised when I heard it. I wondered if one of us had offended him because we cannot disrespect a senior man like that. So why is it that small children have not wronged you and a grown man, if you had given birth early, he could have given birth to us, say those things?

“But what can you do? He may have his reasons. I won’t blame him much because he may have said it just to trend. So it’s not an issue for me,” she said.

READ ALSO: Stonebwoy Enters The Gutters As He Organizes Massive Clean-up Exercise Ahead Of His Ashiaman To The World Festival – Watch Video

Felicia Osei added that just as he does not see them as celebs, someone may not also see him as a celeb.

She further stated: “Even if we are not stars, we are well-recognised people in society. Someone will also say that Kwadwo Nkansah is not a star. No matter who you are, someone will not put you on that level. So if he doesn’t see us as stars. Definitely, someone somewhere sees us as stars.”

Share
Facebook
Twitter
Pinterest
WhatsApp
Previous articleVideo: Zion Felix finally reveals why he named his daughter after the French Ambassador to Ghana
Next articleVIDEO: Shatta Wale Hangs Out With Nigeria’s Rudeboy Of Psquare Fame Ahead Of His Nigeria Media Tour
- Advertisement -

Kofi Asamoah’s Away Bus Movie Was Incomplete, He Didn’t Have Patience...