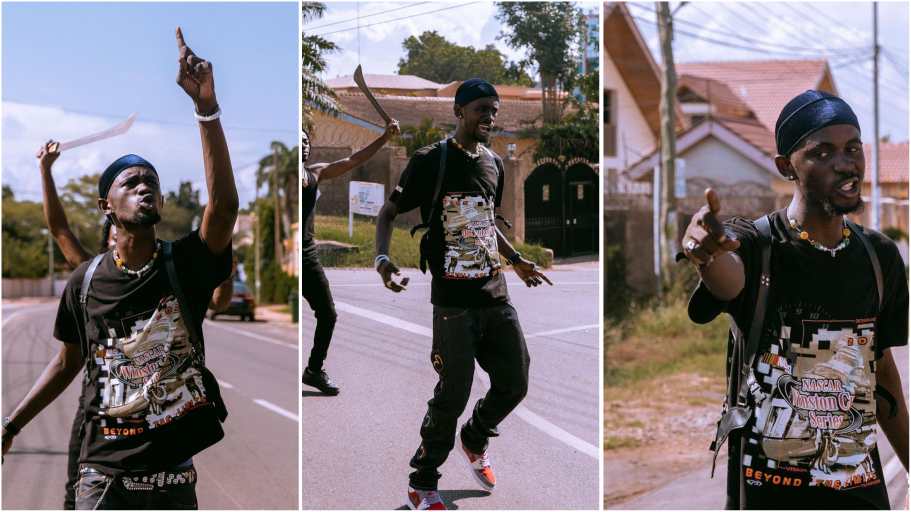 Lastest sensation on the Ghana music scene, Black Sherif in his viral freestyle titled ‘Second Sermon’ mentioned his mother, Auntie Marie as one of the people who will likely not be happy with the life he is currently learning.

In the first verse of the song, Black Sherif had a line like: ”Aunty Marie nnim ti s3 this be the life adey live for here”.

Soon after the song went viral, many had wanted to see this Aunty Marie and put a face to the name.

Well, even though it seemed rather impossible earlier because Black Sherif‘s mother is known to be based outside Ghana, the rapper/singer about to as decided to share a screenshot took while he was in a video call with her.

So if you ever wondered how Aunty Merie looks, there is picture evidence below….

Share
Facebook
Twitter
Pinterest
WhatsApp
Previous articleCheck Out The Hilarious Reason Why Michy Wants To Kick Her Son, Majesty Out Of Her Room Finally [+Video]
Next articleMona Keeps Fit with The Ghana Union Of DJs
- Advertisement -