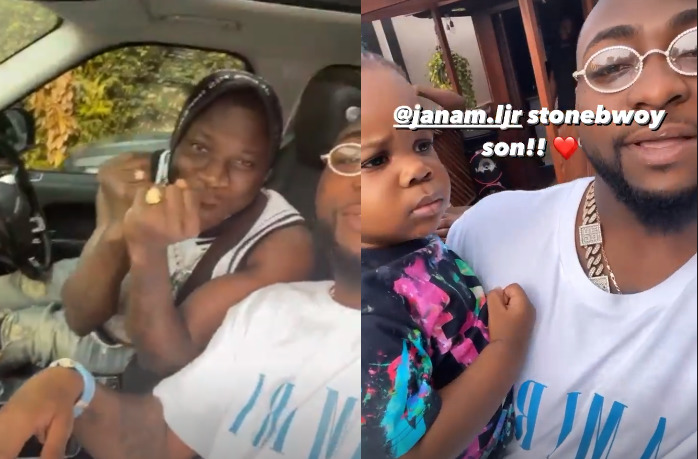 Ahead of their mega ‘Activate Concert’ tonight at the Sandbox Beach Club, the wife of Burniton Music boss, Dr. Louisa has treated Nigerian superstar, Davido and his team to some delicious fufu at their residence in Accra.

Some videos seen on Davido’s instastory show that he was enjoying every bit of the time he spent at Stonebwoy’s home.

He was seen in the videos carrying Stonebwoy’s son and later having a funny chit chat with Stonebwoy’s daughter as well.

Watch the videos from Stonebwoy’s Bhim mansion below

The beautiful scenes social media folks are witnessing in the house of Stonebwoy now follows a huge brawl between Davido and Burna Boy last night at Twist night club.

Reports we gathered say that blows were thrown and the Davido and it had to take the timely intervention of onlookers to prevent any form of bloodshed at the night club.