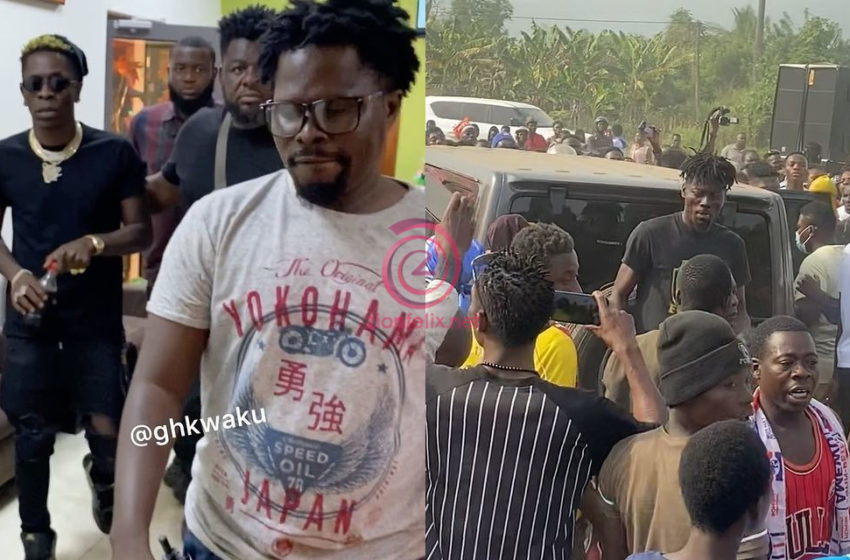 Popular Reggae/Dancehall musician, Shatta Wale is currently turning the Hohoe town upside down as he arrives there for a show.

Fans who were eagerly anticipating his arrival turned up in their numbers to welcome him as soon as he landed in the town.

From the video seen online, most of his fans in the town were happily running behind his car just to probably get very close to him, it had to take the intervention of his manager and his team to get him out of the happy crowd without any issues.

From the rumors we are picking up, Shatta Wale has been brought to Hohoe by the newly-elected MP for the Hohoe municipality to entertain his people as he celebrates his shocking win in the constituency.

Watch the videos of his arrival below

Stonebwoy Sends Sweet Birthday To His Wife, Dr. Louisa As They Arrive In America To Chill (Video)