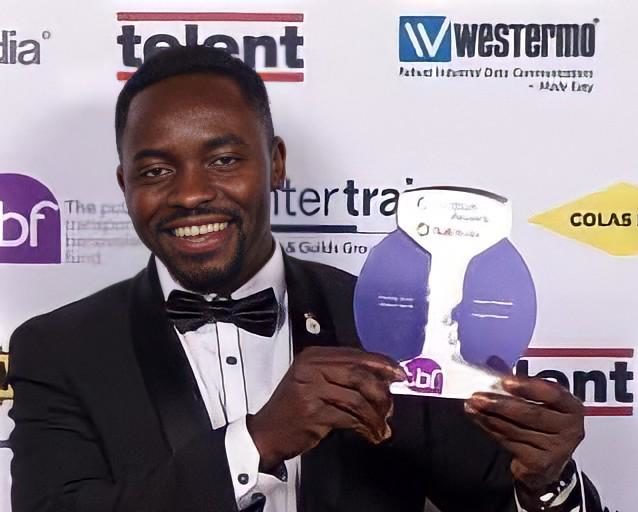 Interesting to share with you the marvelous story of the Ghanaian UK-based called Aaron Kodua who moved to the UK from Ghana in early  2004.

After successfully serving under the British Army for 7yrs, with operational records of duty missions in Afghanistan, Germany, and around the world, Arnold left the Army to Manchester University where he graduated with a degree in Business Management and Accounting.

Aaron joined the UK Railways after university and his skillful contribution earned him the highest recognition and honors among many awards he has won to his credit.

Aarons journey wasn’t smooth sailing, as Aaron Koduah narrates: “The day I attended my first Railway recruiting event in 2015, I opened the door to the room where the recruitment Event was being conducted, I immediately closed the door again and turned round to go back home with an idea that I will apply another time. This was because, upon opening the door, I realised I was the only black person among over 40 other applicants who were all white, so I instantly convinced myself that I would never get through the recruitment process to then get the job. “Why would they choose the only black man”, I said to myself.

READ ALSO: VIDEO: Rocky Dawuni Lectures Wendy Shay On How To Get A Grammy Nomination Without Any ‘Connection’

Whilst walking away, one of the assessors came out and asked if I was looking for someone. I told her I was very nervous therefore I was going home and I would apply again another time.

I didn’t tell her the main reason I was going back home which was because I didn’t think they will offer the job to the only black person at the recruitment event.

She encouraged me to come in and try my best. As a result, I went back in with her and I was successful in the recruitment process, therefore getting the job.

I started from loading food onto the First Class part of Virgin Trains when they arrive at the station, then moved on to becoming a Welcome Host and then currently becoming a Train Manager.

My working experience in the Railways has since been such a great experience so far as I was selected among the 100 best employees out of 72,000 Virgin Group of companies employees Worldwide.

I was therefore invited by Sir Richard Branson who is the owner of Virgin Trains, Virgin Galactic, Virgin Media, and many other Virgin Companies Worldwide to join him and his family to celebrate at an awards party he organized for the best 100 employees who were selected from his companies all around the world.

Also, I have been a proud Winner of The Station Staff of the year 2019 Award at the National Railstaff Awards, I won this award competing against all Railway employees in England, Scotland, Wales, and Northern Island. I was also voted as a Finalist in the Outstanding Customer Service awards category.

Book titled “Developing A Strong Mindset“has become a No1 Bestselling Book on Amazon and around the world.

My daily motivational quotes initiative was then implemented by many Train Stations around the country.

All these achievements in the Railway industry have generated much media attention where I have had the pleasure to be interviewed on a number of occasions by the BBC and also been published in the newspapers and by other media outlets all around the UK.”

Aaron Koduah’s journey in the UK Railway Industry has been that of an inspiration from starting from the bottom and working his way up to becoming a Train Manager.

Through his experience, Aaron Koduah is working with the Avanti West Coast Inclusion team by visiting Ethnic Minority Schools in the UK using his story to encourage Black and ethnic minority young people to pursue their dreams and encouraging them not to let the colour of their skin to become a hindrance to achieving their dreams.

Some references to my story: