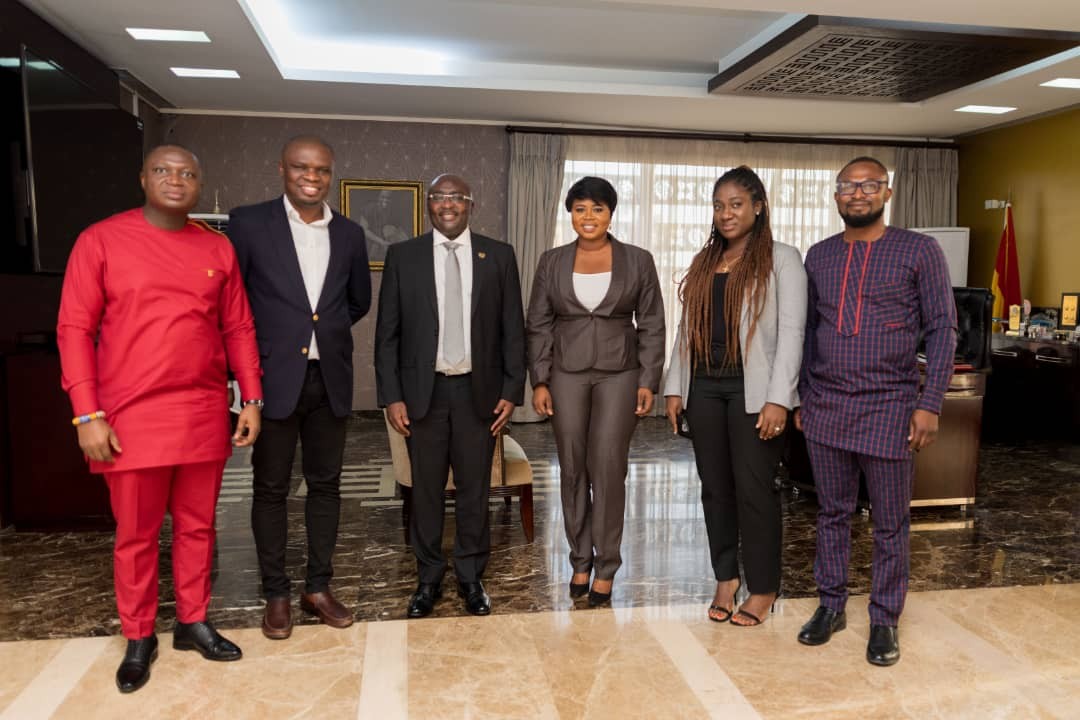 Earlier today, the Commonwealth Youth Council candidate, Ms Christabel Queensley Derby, together with the management of the National Youth Authority led by Ag. Mr Nelson Owusu Ansah and the Deputy CEO, Ms Akosua Menu and the Minister of Youth and Sports Hon. Mustapha Ussif  met with His Excellency Dr Mahamudu Bawumia, Vice President of the Republic of Ghana ahead of the Commonwealth Youth Council entries.

The meeting was part of Ghana’s preparation for the Commonwealth Youth Council Election, which is scheduled for May this year.

The Commonwealth Youth Council works to mobilise the voices of young people and advocate for governments to meaningfully engage young people.

Among other things, the Vice President on behalf of the country and the Government of Ghana endorsed the candidature of Ms Christabel Queensley Derby as the only candidate in this year’s Commonwealth Youth Council Election.

The Vice President reiterated Ghana’s support to the Commonwealth and reaffirmed his confidence reposed in Ms Christabel Queensley Derby to deliver and lead the vision of Ghana in championing meaningful youth engagement and inclusion through the Sustainable Development Goals.

His Excellency bid the shining star, Ms Derby well and assures her of winning the competitive election.