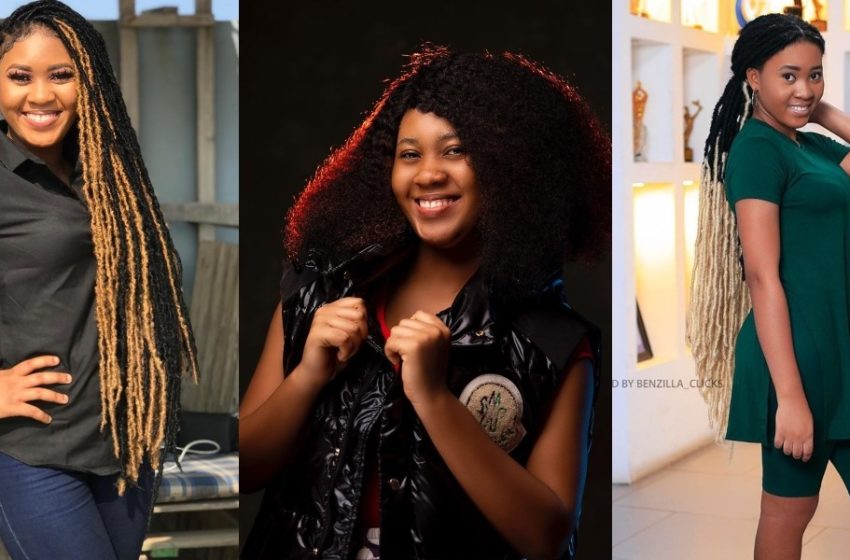 The 19-year-old was featured in a news feature on CGTN which can be described as China’s version of BBC.

Zionfelix has sighted a video that summarises Jackline’s appearance on the Chinese television channel.

In her chat with CGTN’s journalist Nabil Ahmed Rufai, Jackline narrated how she started using Tik Tok and how it has opened up opportunities for her.

According to Jackline, her first video to have gone viral on Tik Tok was an emotional scene in the popular American TV series, Vampire Diaries, she mimicked.

After the video went viral, Jackline was encouraged to do more videos which were well-received and made her a star on social media.

With more than 380, 000 followers on the app, Jackline’s Tik Tok videos have moved from being a hobby to a job as the young lady now earns money advertising for brands on her platform.

Apart from the monetary benefits, she is getting, Jackline indicated that Tik Tok has helped in making her a better actor and she is aiming to have a successful career which will carry her into Hollywood.

Meanwhile, Jackline disclosed in an earlier interview that she discovered TikTok in March 2019 and she thought it would be a good idea to give it a try.

Jackline mentioned that growing up, many people found her ability to make different facial expressions quite remarkable and she felt encouraged that she would do well with TikTok.

Interestingly, she indicated that she has been making the TikTok videos filled with so much creativity and humour from just observing the world around her.