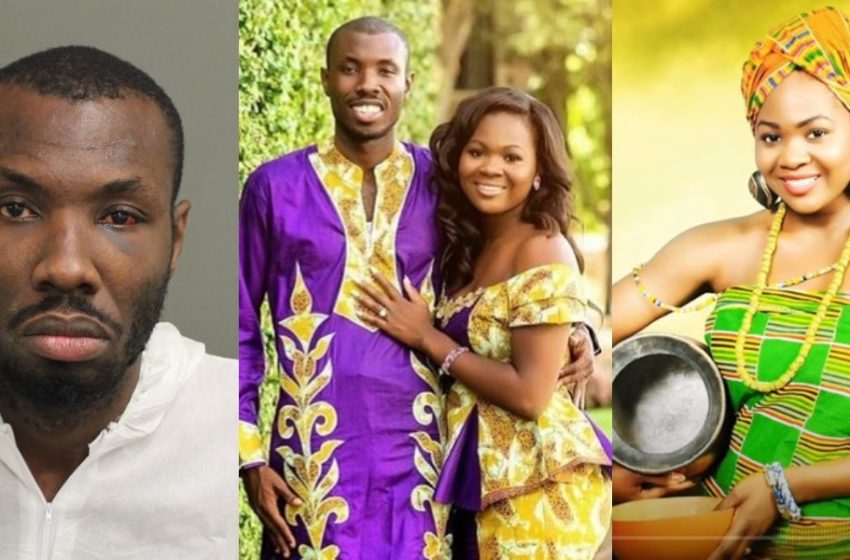 Details of the funeral for Barbra Tommey, the lady who was killed by her husband, Sylvester Ofori, in the United States have popped up.

A funeral poster sighted by Zionfelix.net has indicated that Tommey will be buried on Saturday, September 26, 2020.

Barbara Tommey was killed by her husband, Pastor Ofori, who is the head of Floodgates of Heaven International Ministries in Orlando in the United States.

Orlando police indicated that the shooting happened on September 8, 2020, outside the Navy Federal Credit Union branch where Tommey worked.

The circumstance of the death of the 27-year-old by her husband of five years has sent shockwaves across social media.

From the accounts of some of the people who know Tommey and her husband, the marriage had been a toxic one with Ofori exhibiting violence and issuing threats on the life of Tommey.

Elizabeth Sophia Russell, an elder sister to the deceased, had revealed in an interview that the family had decided to bury Barbara on Saturday, September 26, 2020.

According to the poster, Tommey will be laid in state for public viewing at the Kingdom Church in Orlando, Florida.

After the viewing, a funeral service will be held at the same venue for the deceased. The funeral is expected to start immediately after the viewing.

Apart from revealing the details for Tommey’s funeral, the poster also shows the deceased was born on May 14, 1994, was thus 27 years old.