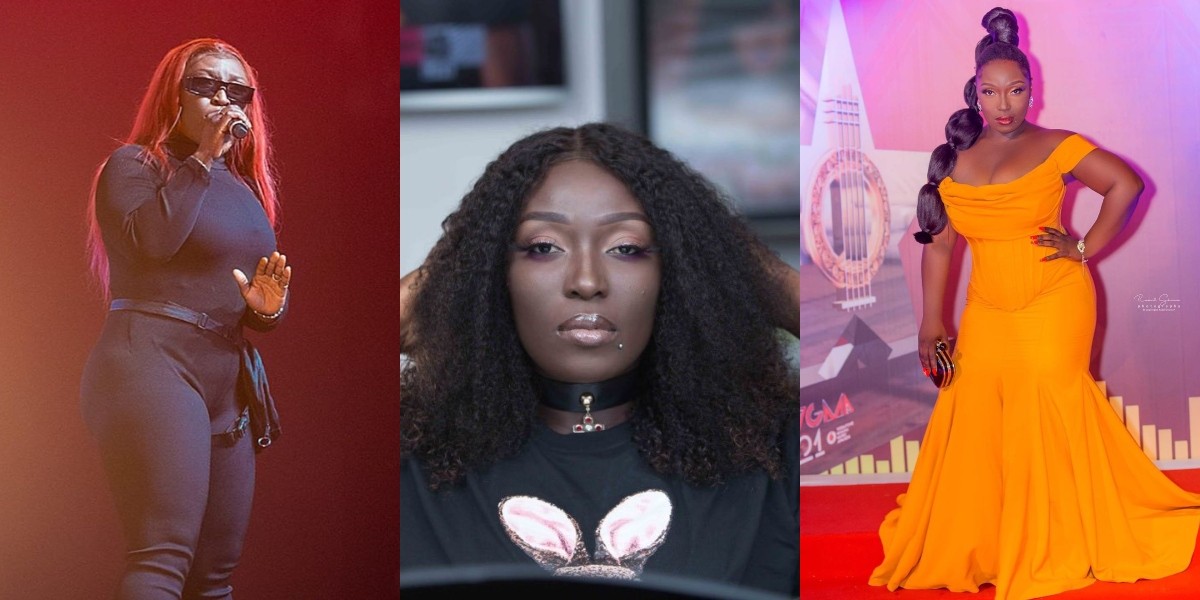 The Ay3 Ka hitmaker who is joining women all over the world to celebrate International Women’s Day which falls today, March 8, 2020, was seen in a gold-themed outfit.

Eno was seen glittering in her attire and accessories to match as she stood in what looked like a photo studio to complement such an august day.

She was seen in a golden-yellowish dress, gold-themed bangles, a huge neck piece and complemented the whole ‘drip’ with a golden crown while wearing a huge pearly-like ring.

After posting the photo in honour of women all over the world, Eno captioned the photo: “Happy women’s day to us We run the world #Godisawoman“

Many fans and followers of the hard-hitting rapper took to the comment section to react to the photo.

One fan came in with the comment: “Rap goddess”

There were many such comments that prove Eno Barony’s fans were indeed stunned by her glow.