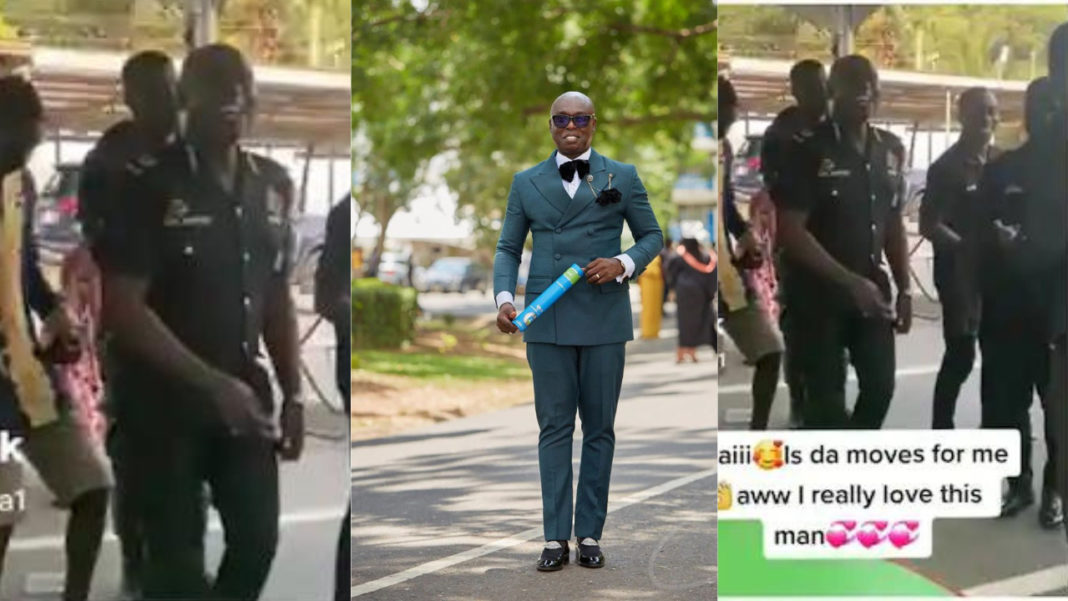 The video has sparked massive reactions from Christians on the internet who strongly believe it’s wrong for such a man of his caliber in the gospel ministry to openly dance to a secular song.

In the video, it seems DSP Kofi Sarpong, now ACP Kofi Sarpong, and a few of his colleagues were enjoying themselves at a new year party organized by the Ghana Police Service when the song came up during the merry-making.

To make matters worse, a couple of beer bottles could be seen all over the place, forcing some social media users to draw the conclusion that the gospel singer had taken a sip of alcohol reason he had a zeal to the secular song.

Meanwhile, his core fans are also strongly defending him with the claim that it’s not wrong for a Christian to make merry with worldly songs once in a lifetime.

It will surprise you to know that the people calling for the head of ACP Kofi Sarpong are the same ones who have different kinds of alcoholic beverages in their fridges with their phones full of profane songs.