Gyakie finally reacts to Kalybos’ marriage proposal to her; Spills it all in latest interview 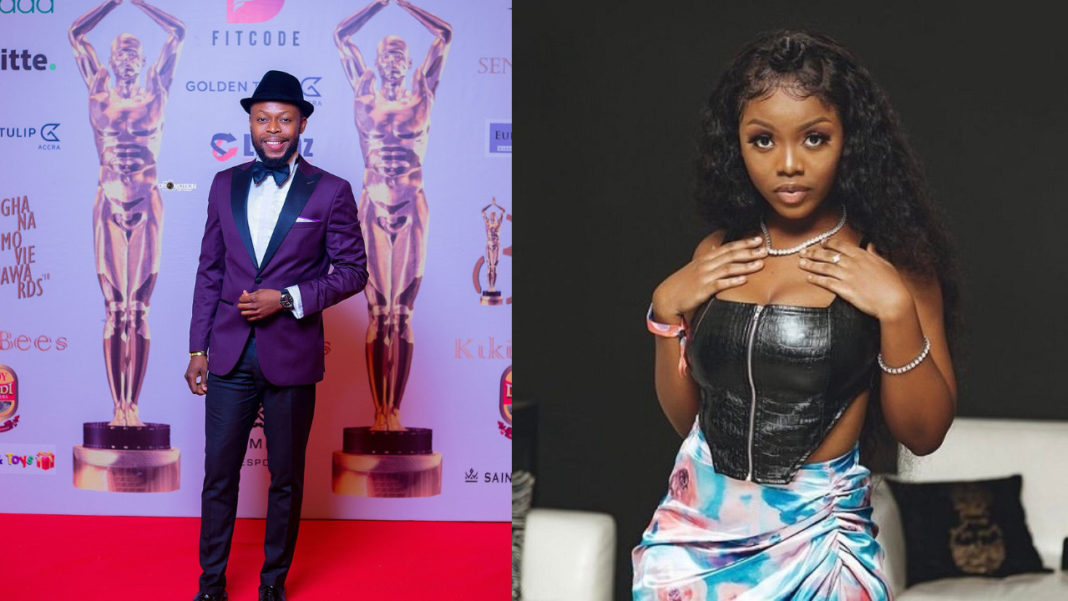 Kalybos disclosed this during an interview with Okyeame Quophi on Accra-based Angel FM.

Speaking about his celebrity crushes, Kalybos said there are about 16 other stunning celebrities he could have chosen to marry but Gyakie is on top of his list.

I like 16 celebrities… But if I could marry Gyakie, I would. [not Jackie Appiah], Gyakie, the musician”

Unfortunately, Kalybos’ advances toward Gyakie have been turned down by the singer during an interview with Sammy Kay.

According to Gyakie, since Kalybos is a known jovial person, he didn’t take his comments seriously, and even if he was serious with his marriage proposal he has not personally approached her with such a conversation.

“I thought he was being jovial, I didn’t know he was serious,” she defended in an interview with Sammykaymedia.

In the latter part of the interview, Gyakie gave Kalybos a string of hope by disclosing that if the comedian approaches her off camera to have a discussion of that sort, she will consider his proposal and give him an answer which might somehow be either positive or negative.

READ ALSO: Stonebwoy shares a lovely video chilling with his wife in the streets of Jamaica

Meanwhile, it’s been rumored that Kalybos is in a secret romantic affair with Ahuofe Patri, despite the serval reports from several blogs, the two have vehemently denied being in a relationship.