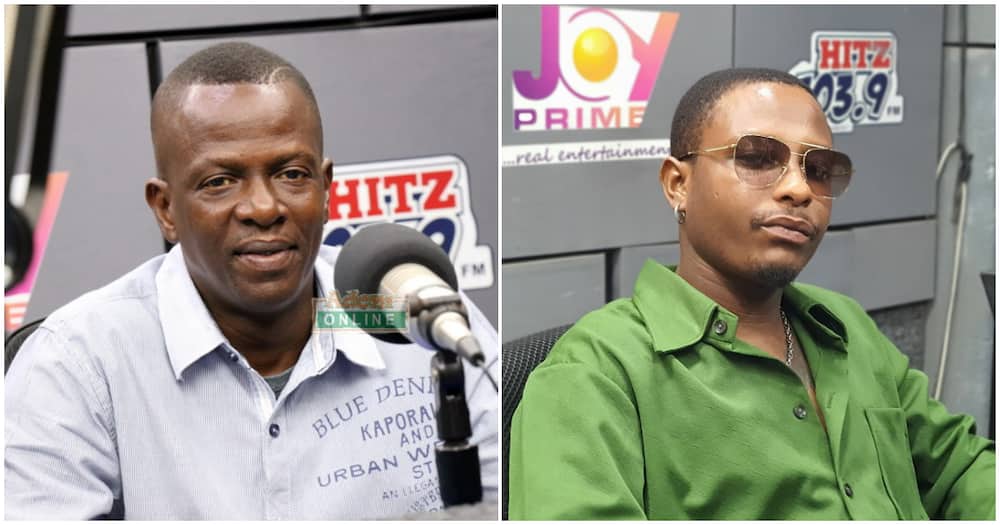 The programs manager of Hitz FM, Prince Tsegah aka Da Don has finally apologized to Kelvyn Boy following the insults he hurled at him on the Usaywetin show on Tuesday, September 13, 2022.

Da Don in a video that has gone viral described Kelvyn Boy as being ‘f00lish’ just because the latter said that if he decides not to smoke just a single day, he will probably go mad.

The description of Kelvyn Boy as stupid saw Da Don come under a lot of attack from a lot of respected media practitioners and top Ghanaian music acts like Shatta Wale.

In the wake of the bashing, Da Don has come out to apologize to the ‘Down Flat’ hitmaker.

He offered the apology on Hitz FM’s ‘Daybreak Hitz’ show when the show was being hosted by Andy Dosty.

According to him, he didn’t intend to insult the musician but rather his statement was just a pun.

WATCH VIDEO: We Need A Live Lyrical Battle From Stonebwoy And...