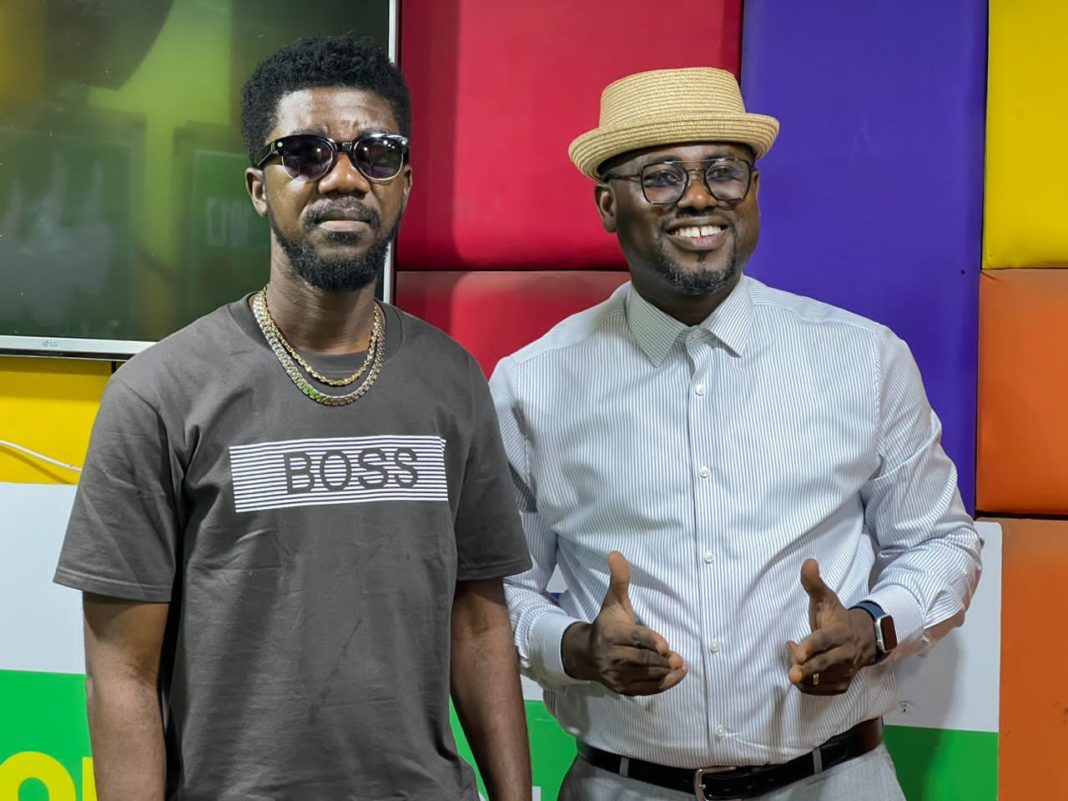 According to him, the iconic rapper needs to be given a national award by the state anytime the country organises Head of State Awards.

Abeiku Santana said, TiC through his career opened doors to parents to encourage their children to sing.

The ace broadcaster who made these when he hosted the musician on his Drive Time show on Okay FM, said, TiC started singing at a young age and was featured by Azigiza in 1995.

He continued to say at that time, it was not easy allowing one’s child to do music at that level, because it was seen as something for bad people.

However, because of TiC’s success devoid of drugs and negative influence, parents started urging their children to sing knowing they could be successful like TiC without a negative vibe.

Abeiku Santana believes this is a positive influence on the creative industry which must not be allowed to go unnoticed, for it unearthed talent reality shows of today.

He started his career as a songwriter, composer and singer in his teens, and developed his talent when he was at Datus Complex School, and later at Labone Secondary School, all in Accra, and subsequently formed a group of three known as the Nutty Strangers.

TiC went on to feature on Azigiza’s Woye Bia which became a big hit in Ghana. He then went on to collaborate with Slim Buster’s Masan Aba and Dassebre’s Ahofe.

These collaborations helped TiC to establish a name for himself in the industry, followed by ‘Philomena’ his debut album hit the streets in June 1999.

Puma Africa released a compilation album featuring the biggest artistes in the world; In aid of the 2006 FIFA World Cup the album featured artistes such as TiC, Akon, John legend, Baaba Maal and The Roots.

In August 2006, MTV Base, Akon and Gil Green visited Ghana, to embark on a project to film a video for Akon and TiC. They shot the video for his hit song, Kangaroo taken from his Accra Connection album.

In May 2007, TiC became the first African to have his song on the MTV BASE chart.