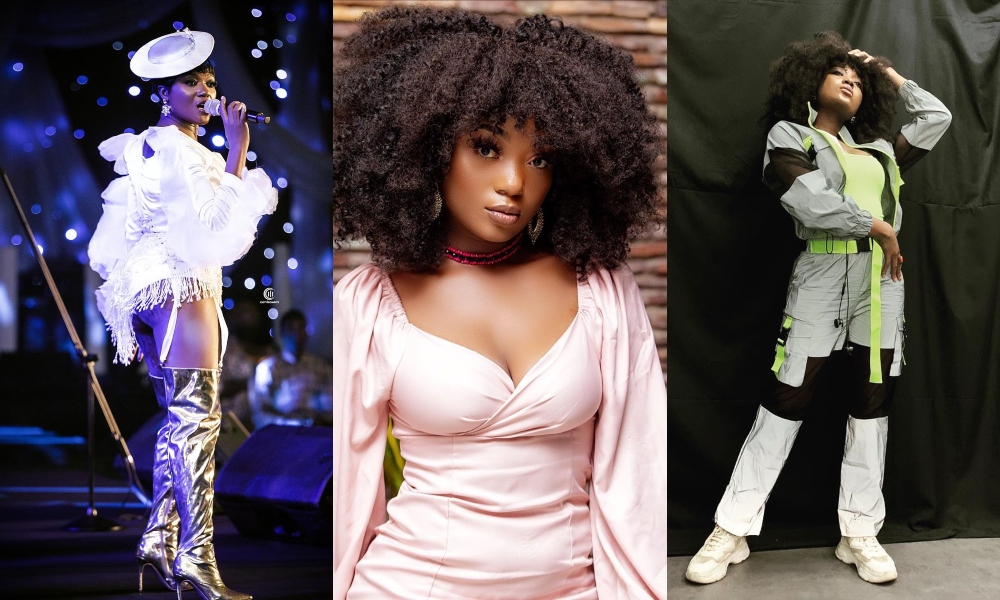 Efya Nokturnal, known in real life as Jane Awindor, has also proved her worth by showing off a new car just hours after Saara co-star Sarkodie flaunted his Range Rover.

The new photo of Efya which was sighted by Zionfelix.net had Efya posing from the passenger side of the luxury car as she showed off what her mama gave her.

The Best In Me singer gave her fans a back look as she was seen wearing a jeans shorts and a shirt.

Her black Land Cruiser was parked as she looked to board it on her way out to town. She had on a white shirt which she had tied from the back to craft her own ‘show your stomach’ design.

She complimented her looks with some see through pair of trendy high heels and some red lipstick to give attention to her pretty face.

Efya’s photo generated a lot of debate on social media but most of the comments coming in were in praise of the Little Things hitmaker.

Not long ago, Zionfelix.net reported that Efya’s co-singer on the Saara song, Sarkodie, had also flaunted his newly-acquired Range Rover in his huge house.

King Sark was seen seated in the Trunk of the expensive car as he was clad in an orange t-shirt and sported an orange-themed pair of sneakers.

Sarkodie Flaunts His Beautiful And Well-endowed Sisters As They Storm His...