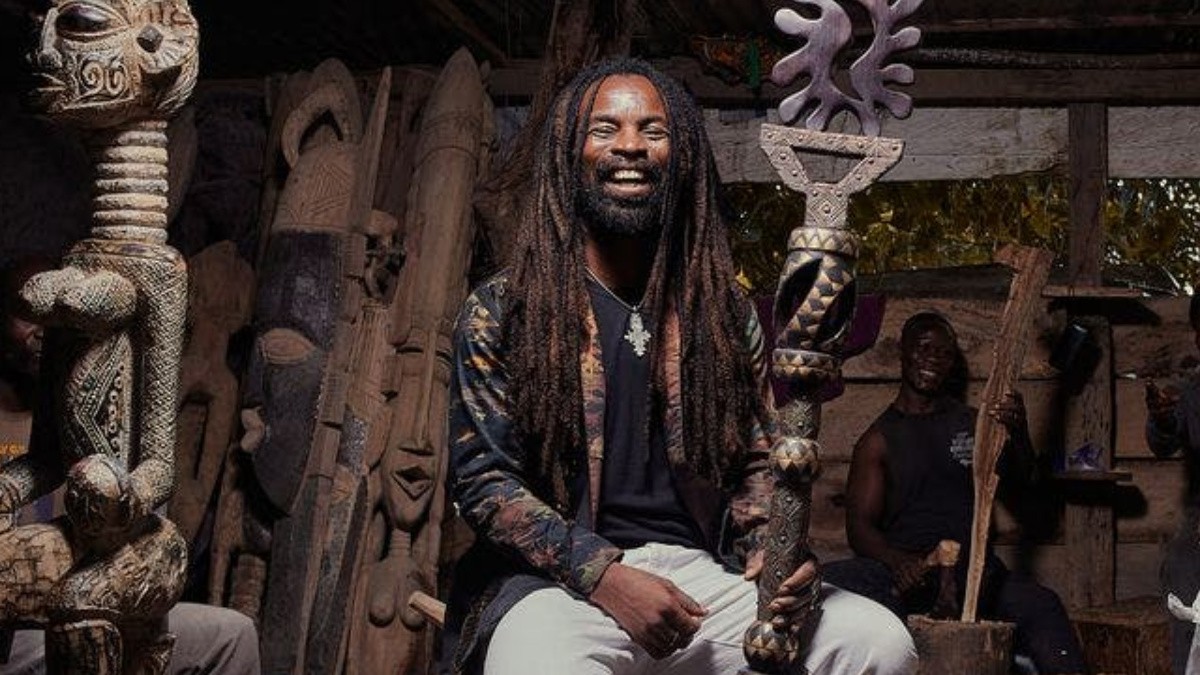 Popular entertainment critic, Arnold Asamoah Baidoo has raised some concern over what appears to be a lack of support for Ghanaian Reggae superstar, Rocky Dawuni after he got his second nomination at the Grammys yesterday.

Rocky Dawuni grabbed his nomination with his 2020 EP, the Voice Of BunBon, Volume 1 in the category, Best Global Music Album alongside Daniel Ho & Friends, Angelique Kidjo, Femi Anikulapo-Kuti, Made Kuti, and Wizkid.

While this is a great achievement, Arnold appears to have noticed that the buzz around it is very low as compared to what is happening in nearby Nigeria.

In his post to call on Ghanaians to show massive support to Rocky Dawuni, he asked: ‘how many of his colleagues, peers and others have posted to congratulate him or make noise about the honour?’

READ ALSO: Meet Apostle Solomon Oduro, The Husband Of Counselor Charlotte Oduro Whose Church Got Demolished Twice And His House Also Got Burnt

He also noted that even though when it comes to the Grammys the populace has no hand in choosing who wins what, when people, and in this case, Ghanaians make a lot of noise about it for Rocky, it will go a long to help his chances of winning the award because the Academy members who vote are also on social media.

In 2016, Rocky Dawuni became the first Ghanaian to attain a Grammy nomination but he lost out – unfortunately.

In assigning possible reasons that could have been his undoing, Rocky said Ghanaians didn’t show enough support for his nomination.

Attached to this post is a report by Vanguard Nigeria on the 2022 Grammy nominations and strategically, they failed to put Rocky in the headline. That’s been the norm for Nigerian portals for a long time. They will never project any other except theirs first.

It’s been hours, plenty hours after Rocky’s nod yet, how many of his colleagues, peers and others have posted to congratulate him or make noise about the honour?

The fact is: the populace has no hand in choosing who wins, technically – but the noise matters. It goes to show how we value and appreciate those who work hard and attain such recognition.

Mind you, the Academy members who vote are also on social media; they hear, they see – they are humans.