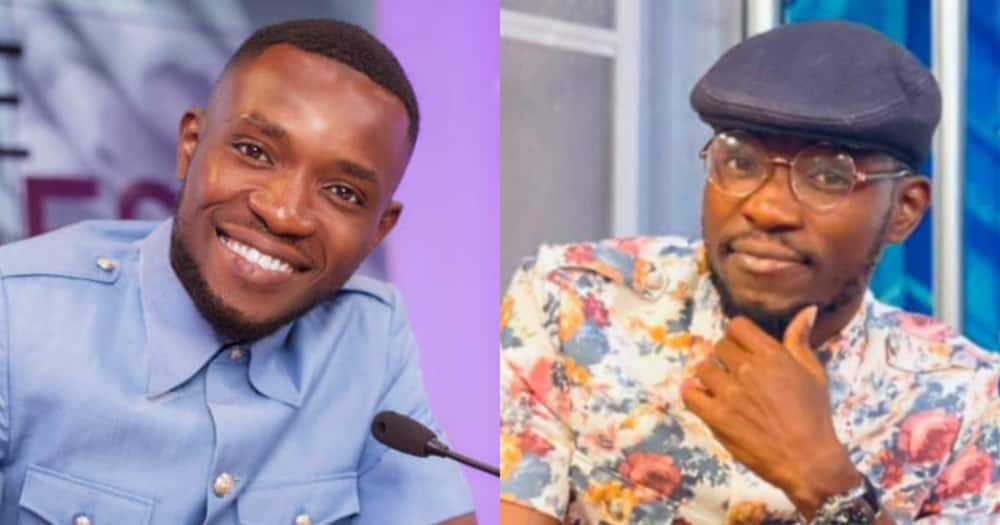 Michael Owusu Afriyie aka Teacher Kwadwo has said he is no more a Christian.

He told ZionFelix in an interview that he no longer believes in Christianity.

The popular comedian stated that he has lost faith in religion.

His decision to stop going to church, according to him, was after he sat down to analyze some things.

He explained that he is not a religious person for now.

Nonetheless, Teacher Kwadwo added that he is not against those who believe in it.

When asked who he is now, he jokingly answered that he is an Asante.

FUNNY VIDEO: Comedian Teacher Kwadwo Gets Lost At Terminal 3 On...