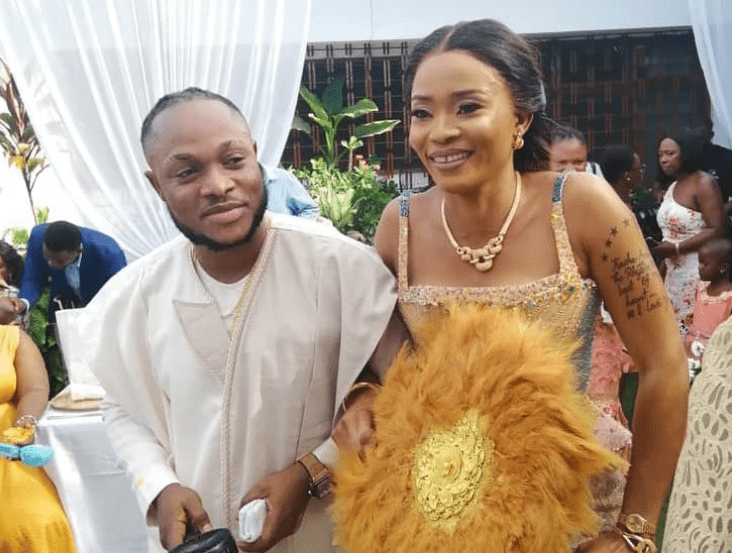 Ghanaian musician, Keche Andrew, has finally reacted to claims that his wife is older than him.

One-half of the Keche duo shot down this speculation during an interview with ZionFelix.

The age speculation began after Andrew and Joana Gyan married in 2019.

In April this year, popular Ghanaian television host, Deloris Frimpong Manso, popularly known as Delay, was reported to have said that Keche Andrew’s wife has inspired her to also get a man younger than she is.

READ ALSO: We Are Ready To Sell “Something Must Happen” Song To NDC For Campaign – Keche

However, Andrew revealed in this latest interview with Zion that he is eight (8) months older than his wife.

He also opened up about how their love journey began.

According to him, he did not know who his wife was before he approached her for the first time.

Andrew further spoke about why they are keeping their marriage issues private.

Photos & Video Of The Plush Mansion of Keche Andrew’s Wife,...