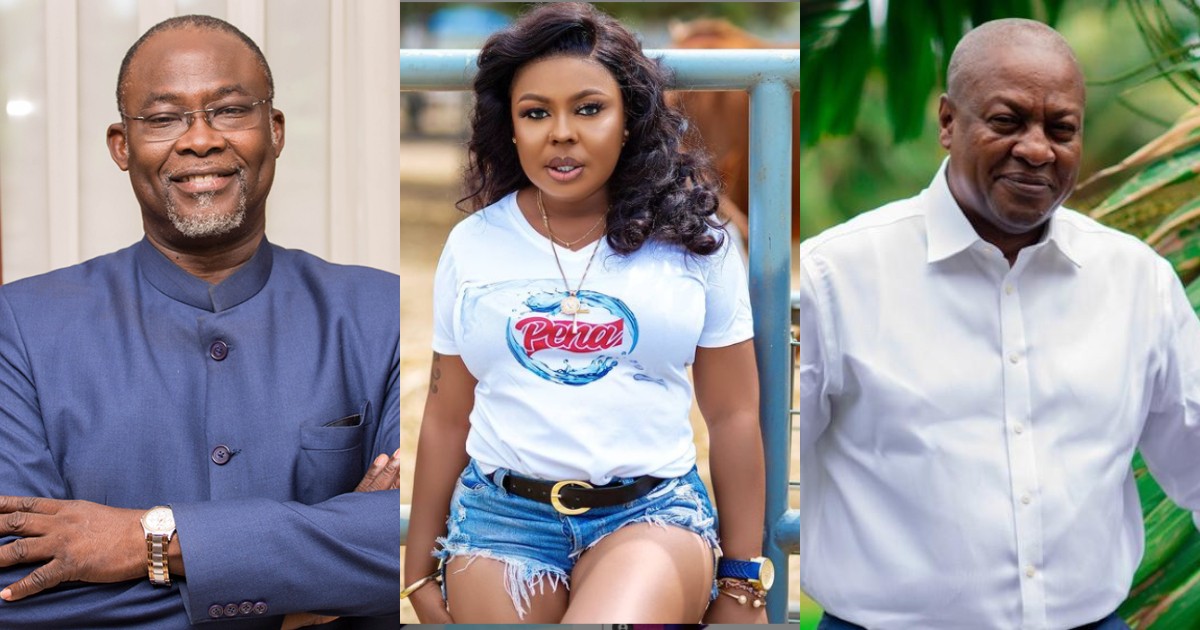 Outspoken TV and radio personality, Valentina Nana Agyeiwaa popularly known as Afia Schwarzenegger has narrated in a video how she spoke her mind to NDC’s Ekow Spio Garbrah over an allegation.

While speaking in an exclusive interview with Zionfelix on Zionfelix Uncut, Afia Schwar recounted how she met Spio Garbrah at a friend’s residence in Dzorwulu.

She said prior to meeting the NDC politician, she had heard him on radio alleging that former president John Mahama had bought a house for her.

Afia Schwar said meeting him that day gave her an opportunity to accost the former NDC minister to answer to why he made such claims without even verifying first.

According to the outspoken media personality, she was a little bit intoxicated in the moment so she ensured that she told Ekow Spio Garbrah off.

Afia added that after she had given the NDC man a piece of her mind, he apologised and said he was not the one who made the claim but that someone whispered it into his ears during the radio show.

Afia Schwar revealed that the house in question was a house she bought with her poaching fee but many people are of the assertion that ex-president Mahama was the one who bought her the edifice.

She went on to lay out allegations that have been levelled against her with regards to the brother of ex-president Mahama, Ibrahim Mahama.

READ ALSO: Sarkodie And Gambo Will Be The First Ghanaians To Win The Grammys- DJ Mensah

She said some people posted a photo of a Benz car with a customized license plate with the inscription “Y3 Wor Krom” and alleged that it was Ibrahim who bought it for her.

On the contrary, Afia Schwar said she exchanged contacts with Ibrahim Mahama years ago but everytime she calls the number, it goes unanswered.

Share
Facebook
Twitter
Pinterest
WhatsApp
Previous article
I Had To Beg, Push, Force And Drag My Mum To Support My Pageantry Dream – Miss Universe 2020
Next article
Lovely Video Of Fameye Swimming With His Son And Beautiful Fiancée Surfaces Online
- Advertisement -

Amerado Goes Back To School; Starts School At The University Of Ghana

Amerado Goes Back To School; Starts School At The University Of Ghana