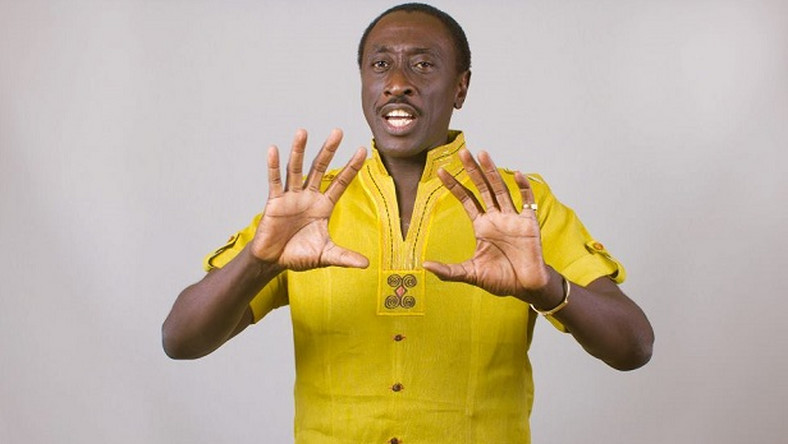 Veteran Ghanaian comedian and television personality, Kwaku Sintim-Misa, aka KSM, has said he has a problem with the Bible.

Speaking in an interview with Nkonkonsa, the popular satirist and TV Show host indicated that there are many contradictions in the Bible.

According to him, those who wrote the Bible attributed to God as a human being and not a Divine Spirit.

KSM averred the chapters in the Bible are not precise—as it is full of contradictions.

“I have a problem with the bible in terms of there are too many contradictions. Let me give you a quick example. The bible itself says God is all-knowing. Before tomorrow, God already knows what I, KSM, will do. So, if you say you have this all-knowing God, all-powerful God and then somewhere in the bible tells you that God had to go and test Abraham to see whether he was loyal, are you not contradicting yourself? God should have known that Abraham will not kill the boy. You’re God. You’re almighty; you know everything. But if you tell me God tested him (Abraham), I have a problem with it. These are some of the contradictions,” he said.

KSM added: “Those who wrote the bible wrote it from the point of view that we’re humans and so let us attribute the same human qualities to God. So, God gets angry. In the bible, you’ll find God angry. He said I have regretted that I made Saul King. God is not human. God doesn’t have the attributes of a human being to be angry.”

KSM, whose father was a moderator of the Presbyterian Church of Ghana for so many years, revealed he is a spiritual person.

Prophets Prophesying About Elections 2020 Are Tramadol Addicts With Insane Church...