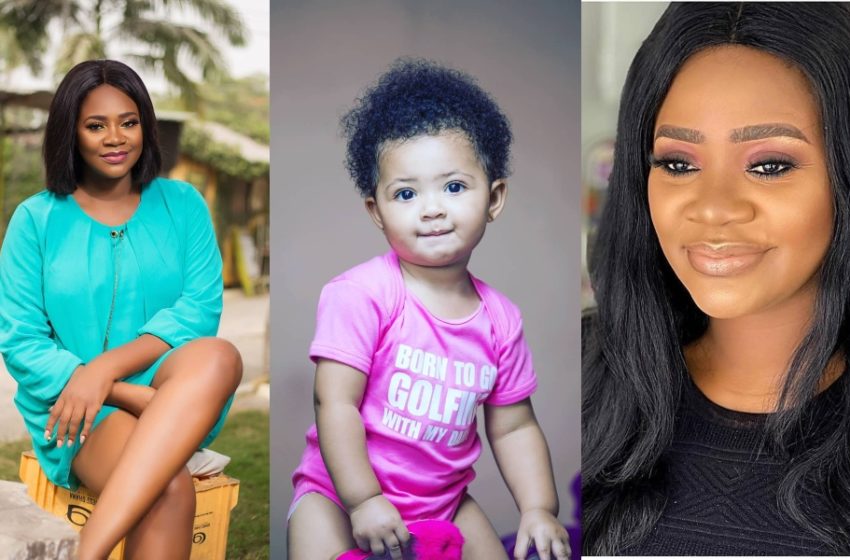 Ghanaian actress and film producer, Kafui Danku, has shared a beautiful photo of her adorable daughter which has got people talking.

Her daughter, who is called Baby Lorde who is no more a baby, appeared all-grown-up in the photo as most of her fans drooled all over the photo.

Lorde is the firstborn child of Kafui Danku and her husband.

In the photo, Kafui Danku was seen in a sea-blue dress while holding her daughter’s hand.Her daughter on the other hand also wore a pink shirt, trousers, and a pink hat.

However, the photo of her adorable daughter caught the attention of veteran actress, Selassie Ibrahim who posted two heart emojis to signify that she loves the photo.

Actress Beverly Afaglo also posted a smiley emoji with heart eyes to signify that she likes the photo.

The photo has also got must of her fans throwing in their comments.