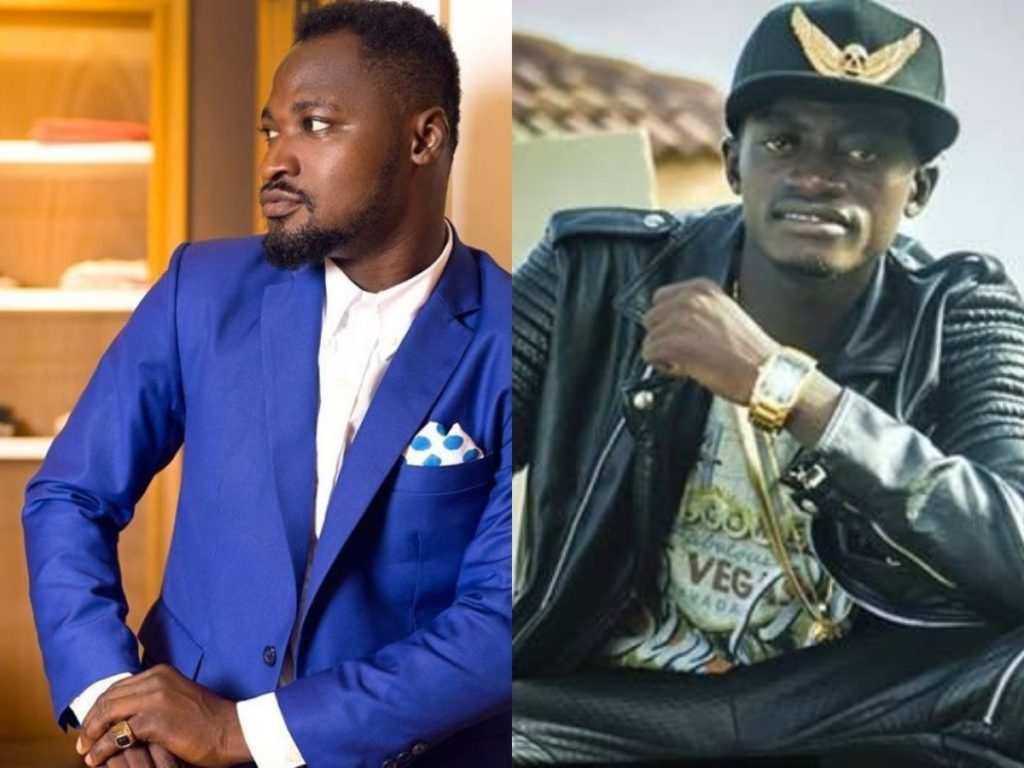 Ghanaian comedian, Benson Nana Yaw Oduro Boateng, well known as Funny Face, has said he should have beaten Lilwin if not the intervention of Bulldog, Nana Ama Mcbrown, Fada Dickson and others.

The two actors nearly fought when they appeared on UTV’s United Showbiz program some weeks ago.

Though they have settled their differences, Funny Face in an interview with Mona Gucci on Kantanka TV which was monitored by Zionfelix.net bragged he would have beaten Lilwin if they were not separated.

The ‘Kasoa Trotro’ actor revealed he became more furious after Lilwin involved Adebayor in their issue.

He stated that Adebayor is not Lilwin’s classmate for him to talk about him anyhow.

READ ALSO: Wiyaala Is An Idiot, She Farted In A Video She Posted On Social Media – Peace FM’s Kwasi Aboagye

Funny Face, however, admitted that Lilwin is now his ‘main man’ and he will be his best man on his wedding day.

Funny Face and Lilwin finally smoked the peace pipe after months of beefing about who deserved to win the favourite actor at the 2019 Ghana Movie Awards.