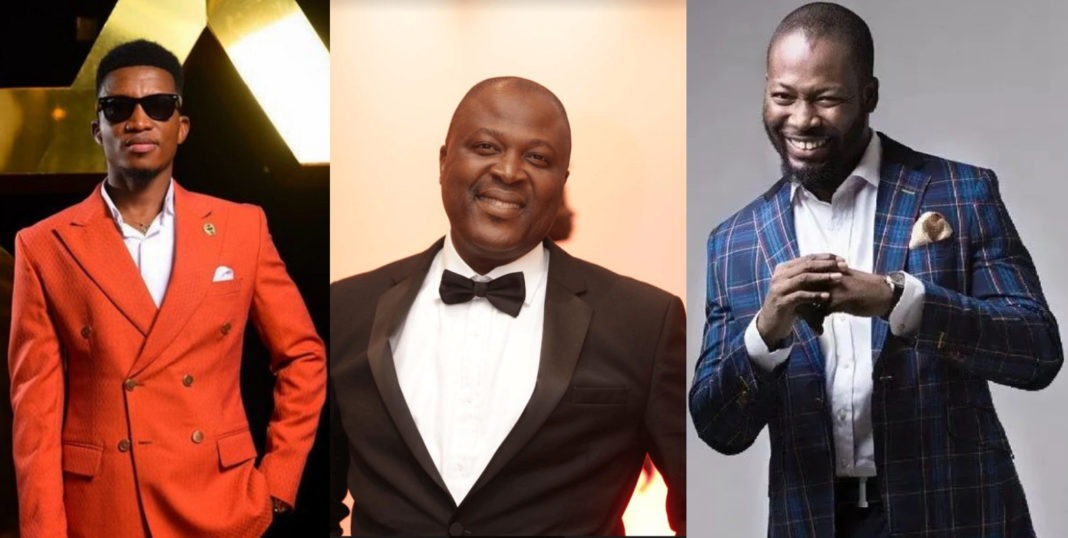 The 7th edition of the EMY Africa Awards was live on Saturday, October 1, 2022.

The event which has over the years awarded and celebrated distinguished gentlemen and women who have been making positive impacts in diverse fields lived up to the billing once more.

The event took place at the Grand Arena in Accra and it had the Fante Rap God, Kofi Kinaata picking up the award as the Man of the Year – Music category.

Other respected people who also won awards include Adjetey Annan, Tony Tometey, Ezekiel Yartel, and others awarded for their hard work in different fields.

On this special night, there were musical performances by Akwaboah & Cina Soul, Kwabena Kwabena, and South African music star Zahara,

Discovery of the Year Award – Free The Youth (FTY)

Designer of the Year – Ezekiel Yartel

Actor of The Year – Adjetey Annan

Group of the Year – Rotary Club

Brand of the Year – Caveman Watch

Man of the Year (Africa)- Dr. Akinwumi A. Adesina

Man of the Year – Ibrahim Mahama